Home > News > Fires burning on Waiheke and in Selywn...

Fires burning on Waiheke and in Selywn 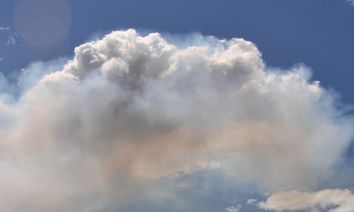 Fires are blazing on Waiheke Island and in Canterbury’s Selwyn district today, with properties being threatened.

On Waiheke, the 10,000sq metre fire was centred in Ostend and was burning above properties in Erua Road.

The fire had spread up along a ridge and was now burning towards the Stony Ridge Quarry vineyard.

“So our crews are accessing the fire now through the vineyard and a helicopter is about to join the appliances that are already on the island.”

The island’s four appliances were all battling the blaze, he said.

Portable pumps could be sent over, but at the moment they were not needed, Mr Philips said.

“But the helicopter’s going to be there any minute and an aerial attack is what’s needed, they’ve got enough ground crew.”

So far no evacuations have been needed, Mr Philips said.

On twitter Joshua Farmer wrote “Crikey. Bit of a serious bush fire developing on Waiheke Island”, and posted a picture showing flames not far from properties burning through bush.

The fire, which was at least 200m by 200m, was at Weedons Ross Road and Rifle Range Road, near the Waimakariri River – the same area of a large blaze fire crews battled last Friday.

Emergency services were called about 3.45pm, he said.

Mr Barbara had not heard the blaze was threatening any properties, but no people had been evacuated from the area.