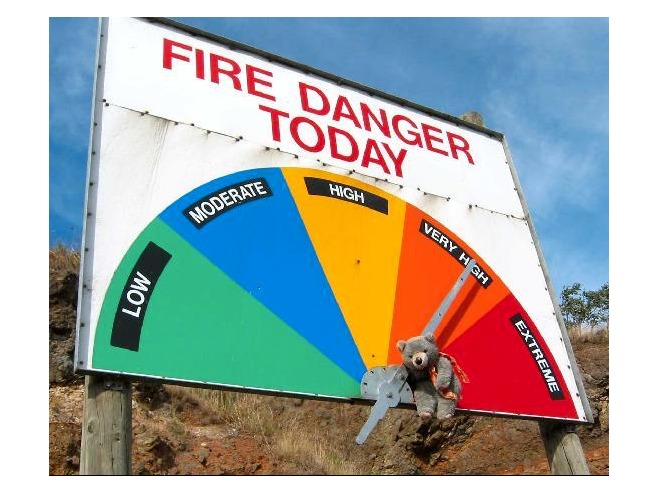 As much of the country dries out under warm and breezy conditions the fire danger is now extreme in many regions.

Bush, scrub and grass fires dotted across the nation is proof that tinder dry conditions are causing a few headaches and the worst news is that the hottest part of summer is yet to come.

The extreme fire danger is now over southern Wairarapa, pockets of the central North Island,Taranaki and Northland.On the Mainland it’s inland areas of Otago and Canterbury plus the Selwyn District and as far north as inland Marlborough.

There’s a very high risk bordering on extreme over parts of Northland,Gisborne,all of Canterbury and Otago with the exception of the Clutha District and a high risk is in force overall for more than three quarters of the country.

The forecast appears to show just pockets of showers in some dry areas over the next week to ten days however hot nor’ west winds shouldn’t be as bigger threat as they has been lately.

Kiwis are advised to take care in the outdoors and not to throw away cigarettes in the open or to use matches carelessly.
Open fire bans are also in force in numerous areas and a permit is required before lighting a fire in rural areas.