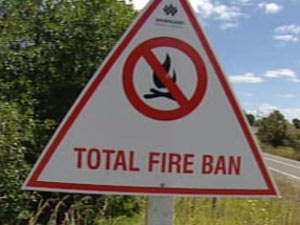 Fire bans and fire risks are still in force across parts of the country even though we saw rain fall earlier in the week.

Conditions are starting to dry out again as temperatures begin to climb and breezes pick up about coastal regions.

Selwyn principal rural fire officer Wilson Brown in North Canterbury said the rain was a “welcome relief” but was not enough to move Selwyn out of the danger zone.

“You need sustained rain for the grass to green up again and for the soil to have some moisture in it, and that’s not happened because of the recent rainfall and I don’t see it changing anytime soon.

Fire crews were impressed with the way the fire ban, put in place by Selwyn District Council two weeks ago, had been observed. “We’ve had two or three callouts but they were for crop burnoffs and a tractor fire.

“But people out here have had enough of fires, so everyone is being cautious”.Mr Brown said.

The forecast for the remainder of this week and the weekend is for dry conditions and rising temperatures although tempered along the coast with sea breezes.

“Even though they can be cool these breezes they still have a drying effect” says Weather Analyst Richard Green.
“In Canterbury the winds could tend nor’ west briefly this weekend with the mercury getting close to 30 degrees but a southerly should swing by on Sunday night/Monday morning with some showers and cooler temperatures attached” he said.

WeatherWatch.co.nz believes weather conditions next week could be a little more changeable but plenty of sunshine is still on the agenda with temperatures near normal February levels.