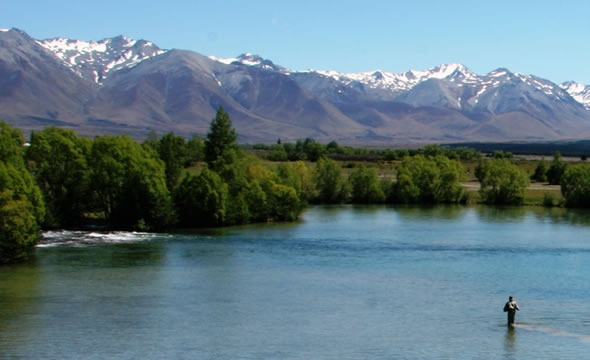 There was just a short range in temperatures today with 26 degrees being the top one shared by numeorus centres over both islands with the low being 18 in a very breezy Lyttleton.

Overall temperatures were pretty close to where they should be for early February and plenty of sunshine was the case for many areas.

Temperatures tonight should fall to the low to mid teens for much of the country with just the chance of it slipping below double digits for those inland areas under clear skies.

Mostly starry skies are likely for many of us but some high cloud in the south could blot a few twinklers and cloudy areas might obscure the night sky across eastern districts as the mercury drops.

Homepage image of Matuka, near Twizel in the summer sun

28deg in Alex tho