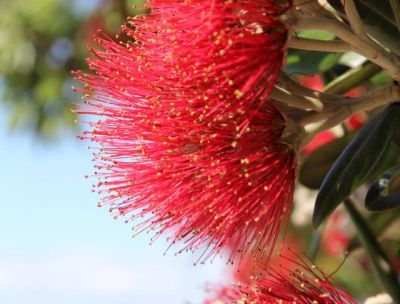 UPDATED Christmas Eve — WeatherWatch.co.nz has the latest forecast for Christmas Day and for nearly two weeks we’re continuing to predict a mostly dry Christmas Day for New Zealand…but there wil be plenty of cloud about.

“A large high will be centred around the Chatham Islands on Christmas day, this means New Zealand will be covered by most of the high pressure system around December 25th” says head weather analyst Philip Duncan.  “Highs can bring plenty of dry weather, but they can also bring plenty of cloud to certain areas – either way, the day won’t be stormy at least!”
Mr Duncan says with the high located east of the country it will mean a gentle but slightly cloudier easterly flow over the upper North Island and this may produce just a couple light isolated showers and bring in a little more cloud.
“We see a few isolated showers mainly in rural areas – nothing that should ruin the day for most but perhaps more of a little annoyance for some. Auckland might have a shower – but the day is still a mostly dry day” says Mr Duncan.  “Highest risk areas for any showers will be the West Coast, the North Island Central Plateau and perhaps very northern New Zealand, mostly north of Auckland – but again it shouldn’t be much”.
“Generally speaking Christmas Day looks dry thanks to a high – with cloudier weather for northern areas and some western areas of the south”.
WeatherWatch.co.nz says hottest and sunniest weather looks to be the eastern side of the South Island where highs may reach closer to 30 degrees inland.  Nearer to the coast a cooler breeze may shave several degrees off the heat – but still leaving a warm to hot day.
The place to be on Christmas Day?  Many places in New Zealand to be honest… but our pick this year is the Chatham Islands, with a high centred right over the top of them.
CHRISTMAS DAY WEATHER:
Upper North Island (roughly Taupo northwards):
Fairly Cloudy, light nor’easters. Low risk of a shower, the risk mainly in eastern Northland and perhaps some parts of the Auckland region.  Dry for 90% of these areas at this stage.
Highs: Not overly hot, early 20s for most.  Mid-20s more likely well inland where it may be sunnier further south.
Lower North Island:
Sunny and cloudy spells with afternoon cloud build ups near the ranges, especially the central North Island volcanic plateau south towards the ranges of Manawatu, where a late downpour is possible.  Hot inland.
Highs: Low to Mid 20s.
Entire South Island:
A warm north to north west flow will mean Fairly cloudy on the West Coast – may be a shower there too, especially southern Westland – otherwise dry. Dry and hot elsewhere, especially inland and towards the east… with nor’westers developing it may get closer to 30 degrees for some of you, like inland Canterbury.  Risk of a late isolated shower in the Southland region too, but will be warm.
Highs: 19 to 30 (hottest inland to the east)
Image / File, Claude Therond
– WeatherWatch.co.nz