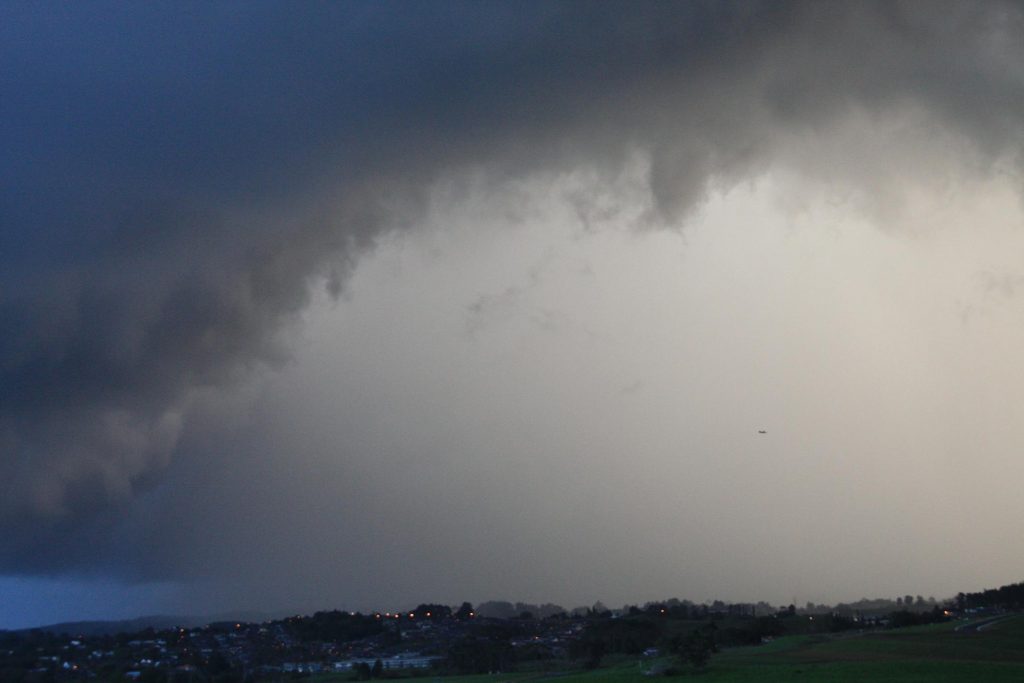 A woman has died after she was hit by a falling tree at Woori Yallock, east of Melbourne, as heavy storms swept across the state.

An Ambulance Victoria spokesman says the woman was hit by a tree around 11:00am (AEST) and died at the scene.

The wild weather has brought down trees and cut power to some areas.

Justin Kibell from the State Emergency Service (SES) says they have had 300 calls for help so far today after receiving about 100 calls overnight.

“These requests have been around trees that have been blown down on to roads or on to property, on to cars,” he said.

“We’ve also had a number of roofs that have been dislodged with roofing materials blown off.”

About 10,000 homes across the state lost power as the storm front swept through.

Most of the outages were caused by trees falling on to power lines.

About 4,000 homes lost power around Ballarat, and about 6,000 homes in western, northern and central Victoria were blacked out.

Authorities are warning people to stay away from fallen power lines.

In Melbourne, a light pole blown across the Tullamarine Freeway near the Western Ring Road forced the closure of two in-bound lanes.

In north-east Victoria, a roof has been torn off a house at Tatura and other buildings in the area have been damaged by the strong winds.

Several major roads in the region are blocked by trees, including the Hume Freeway near Violet Town.

Thousands of homes and businesses are without power.

There are reports of snow at Gordon and snow flurries have fallen in heavy squalls central Melbourne.

Ballarat mayor Judy Verlin was driving in the storm and says it got so dark, many motorists have switched their lights on.

The storms follow high winds in some areas overnight, which did not cause the damage previously predicted.

Wind gusts of up to 143 kilometres were recorded at Mount Hotham and some trees were brought down in higher gusts.

With 100 kilometre per hour winds and heavy rain forecast police are advising motorists to take extra care on the roads.

Dean Zabrieszach from VicRoads says drivers should slow down while conditions remain hazardous.

“We’re asking all drivers to leave plenty of distance between themselves and the car in front,” he said.

“Drive a little bit more slowly, you don’t have to drive at the speed limit, and it’s important that people turn their lights on so people can see.”