FEATURE: The driest spot on Earth 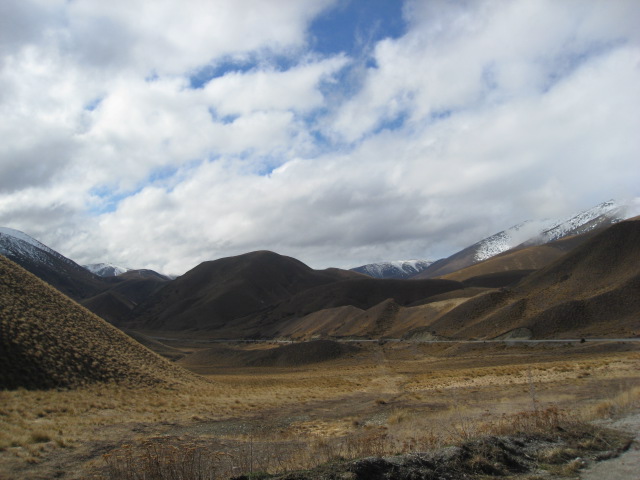 The Atacama desert is found along the coast of Chile in South America and is regarded as the driest location on the planet year after year.

Much of the desert extends up into the Andes mountains and is very high in elevation. Unlike more familiar deserts, like the Sahara desert in Africa and the Mojave in California, the Atacama is actually a pretty cold place, with average daily temperatures ranging between 0°C and 25°C.

The annual rainfall (or lack of it) defines a desert, but that doesn’t mean that it never rains in Atacama.

Every so often a warming effect over the Pacific Ocean around the equator changes the weather the world over and even places like the driest desert in the world can become doused with drenching storms.

Even though Atacama gets almost no rainfall, there is water in this arid place and a little snow remains at the highest altitudes on the mountains.

Alexandra and a few remote locations in Central Otago are regarded as the driest areas. An annual average rainfall between 300 and 350mm is recorded and yet just 100km to the west, the average rainfall totals quadruple.

The temperatures at the coastal locations range from warmish temperate at Antofagasta (where temperatures are nearly always moderate to warmish, and have only ranged from 30C to 5C in its recorded history) to warm subtropical at Arica. Calama on an inland plateau averages about 6mm rain/year with some years virtually rainless, but it has a vineyard courtesy of piped water. Arica and Iquique both have 30-year averages of only around 0.5mm, with Arica only rating about an average 0.8mm over a century of records. Both managed 9-10mm in a “wet” 2002, but more typically Iquique has had only 0.2mm in the last 6 years, and Arica only 0.1mm in 2004-2007. The driest place with a few decades of records is cited as Quillaga, inland from Antofagasta, with less then 0.5mm. I have travelled in this area and keep an eye on their weather (not that they get much in terms of variation!).