Home > News > Farmers suffering in both islands from b...

Farmers suffering in both islands from bad weather 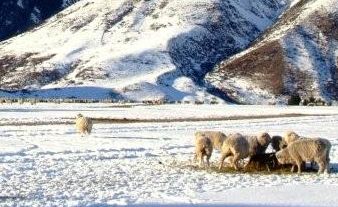 There’s no let up for sheep farmers in Southland despite the worst of the weather passing the region.

“The problems are certainly still there, as big if not worse than before.”

“Because of the wet, and the incredibly cold winds and sleet that came through last night, it was probably the worst case scenario really with the weather.

“Because the paddocks are so wet, we’re hearing from guys who are just having problems getting around the place.”

“Previous to this week, the weather was still actually quite warm despite the rain.

“But now the temperature has dropped and the wind’s come in, it’s more of a concern with the numbers we’re losing at the moment.”

“Mostly the concerns for stock is landslides, being on land when it slips.”

“I’ve heard of a number of properties around the place where they have lost stock through landslides, which is a real concern.

“Moving stock though, is really hard, because of the wet they can easily slip.”

For all the latest farming news go to www.country99tv.co.nz

It’s the same scenario EVERY spring of EVERY year…bad weather decimates the lambing. Why don’t the farmers put the rams to the flock later in the season?