Home > News > Farmers: Brace yourself for a wider reac...

Farmers: Brace yourself for a wider reaching cold snap 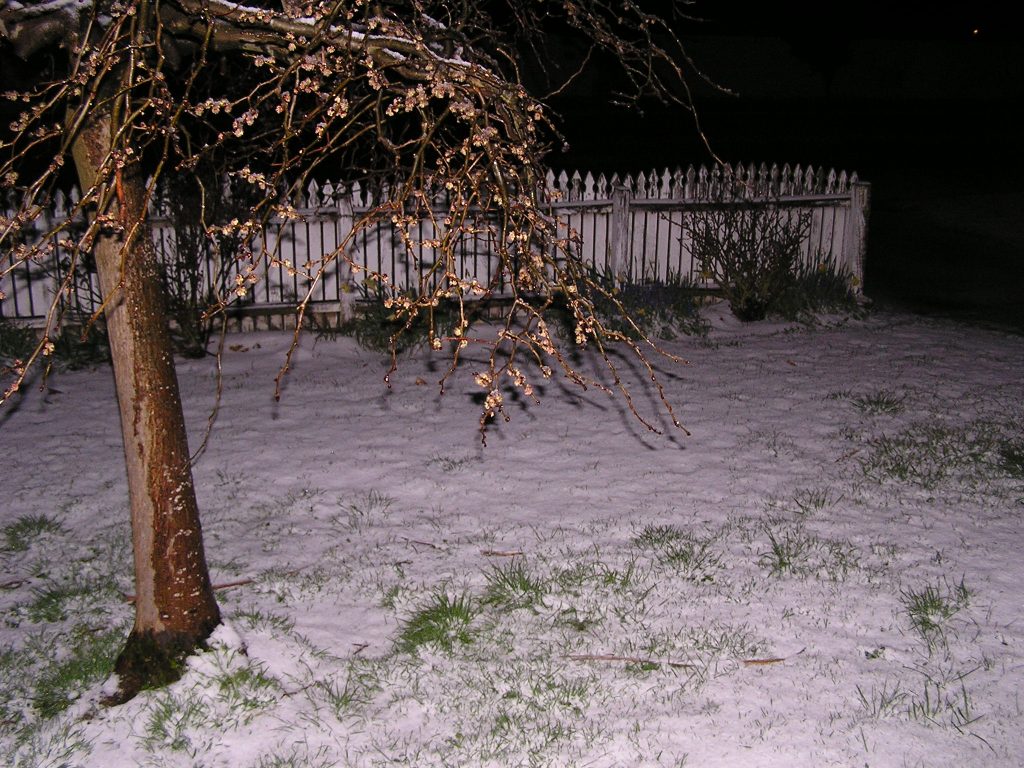 WeatherWatch.co.nz is advising farmers and grape growers in both islands to braces themselves for a cold snap that will start on Sunday in the south and reach the North Island on Monday.

Heavy snow, wind chills below zero and frosty conditions are all in the forecast between Sunday and Wednesday.

WeatherWatch.co.nz head weather analyst Philip Duncan says brief snow storms like this are normal for mid-October but says that will be cold comfort to those in the rural sector.  “This is looking like a short, sharp, snap but with a high moving in behind it, it means frosty weather will follow”.

Mr Duncan says grape growers in both islands will need to be aware of looming frosts, which the crown forecaster says may be “severe”.

Snow is likely to affect farms down to low levels in the South Island’s southern and eastern regions along with snow on higher altitude farms in the North Island.  “Our data suggests snow is likely at this stage but it doesn’t look to be a repeat of the September snow storm.  However the colder air will reach much further, moving well into the North Island along with strong to gale force winds.”.

“It’s this combination of cold air and strong, cold, winds that can prove stressful and deadly to newborn lambs rather than the snow itself”.

MetService warns the heaviest snow is likely around Southland above 200 metres with lighter snow in other regions.

“A very cold southwest flow is forecast to spread across the South Island during Sunday and the North Island on Monday. This is expected to bring snow showers to low levels across Fiordland, Southland, Clutha and Dunedin, especially above 200 metres. The risk of snowfall accumulations reaching warning criteria in these areas is generally low” says the crown forecaster.

“However, the combination of snow showers and strong cold southwesterlies is likely to place stress on livestock, especially new born lambs and calves”.

“Snow showers are also likely down to unseasonably low levels over eastern parts of the South Island and southern and eastern parts of the North Island during Monday. Snowfall amounts are unlikely to reach warning criteria in these areas, but could still affect many of the higher roads, including the Rimutaka Hill road, the Napier to Taupo road and all the roads leading through the Central Plateau”.

Jeepers, I wish you guys would stop using ‘Wind Chill’ in your forecasts. The wind chill depends on so many factors – temperature, wind speed, humidity and how wet or dry the host is. Given the right conditions you have have temperatures in the low teens and still have a wind chill close to zero. Can’t you just say ‘Cold’?

Each time ‘wind chill below zero’ is used people think there’s a significant snowy mid-winter storm on it’s way. This is a southerly flick of cold air that spring often brings. It’ll hang around for 48 hours, sprinkle a bit of snow on the hills, then warm up – after a night of spring frosts. Next time, wait till Labour Day to plant those tomatoes!

Thanks for your feedback.  We have to mention the wind chill for the farming community as it’s the wind chill that will be the most deadly aspect of the weather for new born lambs.

We use a scientific calculation to work out the wind chill, it’s not just a figure plucked out of the sky.  We believe wind chills will be around -2 or -3 in Southland during the coldest part of this event with -5s and -6s at higher altitudes.

You’re right in saying this is a normal spring southerly flick – and we don’t anticipate any issues for urbanites – just a bit of a chilly Sunday and Monday – and certainly not a repeat of the September snow storm.