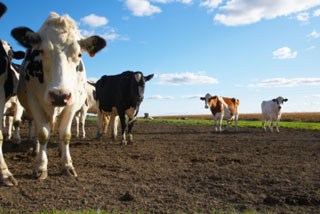 There’s concern from some quarters that recent rain has a few farmers believing the worst of the dry spell or drought is well behind them.

Federated Farmers is worried that North Islanders hit by drought are overestimating their pasture recovery and under-estimating winter.

Demand for their emergency feed operation, which has so far shipped 220,000 bales of straw from the South Island, is petering out.

But Federated Farmers warns once the massive operation stops, it will not get going again.

Spokesman David Clark says it may have been raining, but anything germinating now is for spring and there is still winter to come.

The organisation says it is genuinely worried that it will pull the pin on the operation only to find more is needed.

WeatherWatch believes there are potential further rainmakers on the horizon thoughout the month of May with a mix of high pressures and depressions crossing much of the country.

Just how widespread and persistent the bands of rain will be though is still the sixty four thousand dollar question at this point.