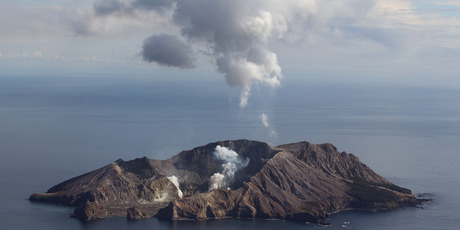 A tsunami warning siren system which went off in the Bay of Plenty this morning was a false alarm, the regional council has confirmed.

Residents had earlier been shaken awake by a 4.2 magnitude quake at 3.45am which struck close to White Island.

The tsunami siren was heard before 8am in the Opotiki region.

Bay of Plenty Regional Council has confirmed the warning was a false alarm.

Emergency Management Coordinator, Jim Tetlow, says this morning’s false alarm was frustrating, particularly given the timing, and the cause would be investigated.

“There is well-defined system for activating the sirens, which requires more than simply pushing a button, so we’re not sure at this stage how it has occurred,” he said.

“We have asked Kordia, the contractors responsible for the siren network, to investigate if there was an issue with the pager network, and explain what has happened and how.”

This morning’s quake was centred 20km from the island at a depth of just 5km.

GNS duty seismologist Caroline Holden said the quake was part of “normal” activity in the area, and was not something to be concerned about.

“We monitor closely every time there’s seismic activity in the region, but I don’t think any volcanic activity was received,” she said.

“It’s part of the normal seismic activity in the region. If it had been closer to White Island I would be more concerned.”

She said because the quake was shallow in depth, it was felt “quite widely” along the coast.

“And it was quite a strong one as well so it woke up quite a few people with it,” she said.