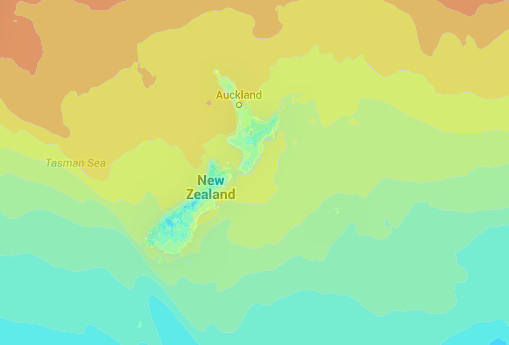 Wednesday is where things start to change for some parts of the country, as a cold band of air and showers starts to move up the South Island.

The deep south is in for a much cooler day than its been used to, with temperatures falling by up to 10C in places as the arctic airflow sweeps over Southland, Otago and Canterbury by later this morning.
This change should also bring showers – hopefully to those who need them most –  particularly farming regions of those places.

Conditions will even out pretty quickly though, and we should see a return to relative normality by Thursday – though Thursday morning will still be chilly in the South Island!