Fairly settled, with a twist – Weather risks on Monday 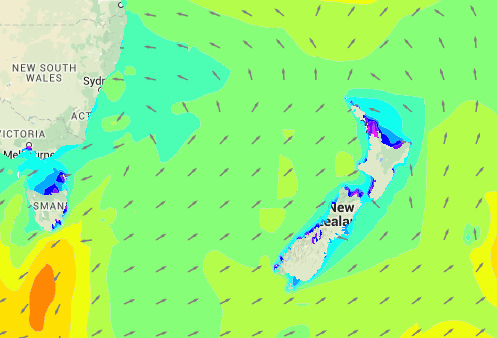 A settled, pretty dry week is on the way, as we mentioned yesterday, which is good news for the cricket, but bad news for our struggling farmers…

Weather risks wise, from the Waikato up through to Northland it’s looking like there could be an isolated shower in the late afternoon or evening from cloud build ups.
These showers may turn heavy at times – though the possibility is slim – in places, but it won’t be for long.

Southerly winds will also bring some cloud into the eastern North Island – but this won’t cause any issues.