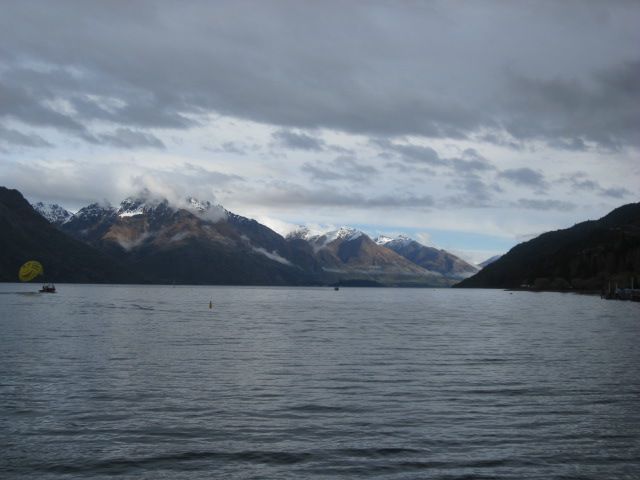 Otago has a significantly varied climate ranging from quite a harsh winter in Central Otago for a brief period through to foggy and damp spells at anytime of year along the coast but also at any stage, spells of very warm to hot conditions can take hold.

Alexandra, Clyde, Cromwell, Wanaka and even places such as St Bathans, Bannockburn, Roxburgh and Ranfurly can see extended dry spells, particulary in the summer months when daytime and long evengs can see the thermometer saty above 30 degrees under blue and calm skies.

It’s an example of New Zealand’s equivalent of a continental climate in these areas and hot summer days turn to beautifully pleasant autumnal days followed by a very crisp winter with frequent frosts and occasional snowfalls.

It’s terrain is like none other in the country and it’s rocky topography stands up well against nature’s elements at any time of year.

Queenstown has the natural beauty and although lake breezes keep the temperature down a little more compared to neighbouring towns, the skies and wind conditions can be very plesant for extended periods and more bearable in the height of summer.

Coastal Otago can have four seasons in one day and it’s changeable skies make for a refreshing change.

Dunedin is often exposed to the sou’ west or southerly wind and although snow falls about the hills in Dunedin up to a few days a year and the Kilmog north of the city on SH 1 can been closed for brief periods, the climate is endearing to the locals who at times are defensive about their southern conditions.

Sunshine figures for the city are lower than inland areas of the province but are still higher than the southern city of Invercargill and also the town of Gore. Rain is generally plentiful but is also a little deceiving as the total is not as high as Auckland or Wellington but falls on more days of the year overall.

Included in the variable climate are the scorchin summer days along the coastline they occur at times and the mercury can climb above 30 degrees from anywhere between Balclutha up to Oamaru in the north and drought conditions can be experienced occasionally.

A number of southerly changes in recent months have lacked the punch of the traditional colder changes and ome urban residents haven’t minded one bit because at times areas further north have seen more of the inclement weather.

Two statements above don’t reconcile with the NIWA normals.

Yes, WeatherWatch often seems to provide information that contradicts other commonly used sources. It would be useful if WeatherWatch would indicate their sources as hopefully this would generally explain the discrepancy.

Thanks for your comments.

The data used for this story was recorded for an extended period up until 1990 by NIWA however the more recent figures(up until 2000) do suggest that Invercargill has higher sunshine hours than Dunedin marginally compared to earlier data over a longer extended timeframe.

See also my other note – with the newer Dunedin records 2003-2010, it is ahead of Invercargill (manual) by an average of 38 hours, with Invercargill EWS about 85 hours further behind that. The manual readings at Invercargill in the last 2 decades have been sufficiently higher than pre-90s ones to give grounds for doubt.