Home > News > Extreme weather back in the day...

Extreme weather back in the day 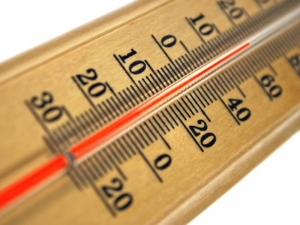 Feb 6 1877
Torrential rain affected Golden Bay, Nelson for days on end which resulted in livestock and property being swept away but fortunately no lives were lost. They were record breaking rains at the time.

Feb 6 1933
The temperature fell to -68 degrees at Oimaykon, Russia, which was the coldest temperature ever recorded in the continent up until that point.

Feb 7&8 1973
Intense heat covered parts of the country in a hot northwesterly airflow which saw record breaking temperatures.
42.4 degrees was recorded at both Rangiora in Canterbury and also Jordan, Marlborough.
Christchurch recorded its highest ever temperature of 41.6 degrees however some suburbs peaked unofficially at 43 degrees.
The following day Ruatoria recorded the North Island’s highest ever reading of 39 degrees.

Feb 6 1978
The “Great Blizzard of ’78” buried cities across the northeastern U.S.The snow was accompanied by blizzard conditions with winds gusting of between 70-90kph, reducing visibility to near zero and causing drifts as high as 5-7 metres.
Thousands of cars were stranded on area interstates and eventually covered to their windshields in snow. All travel was banned for a week. Huge waves pounded the coastlines. The storm killed 99 people and caused over $600 million in damage, $500 million in Massachusetts alone.

Feb 6 1989
Much of the western half of the USA was in the midst of one of the most severe arctic outbreaks of last century. Temperatures in the Yukon of western Canada were comparable to record breaking arctic blasts and winds above 160kph ushered the bitterly cold air into western Montana. Many cities in the western U.S. reported record low temperatures.