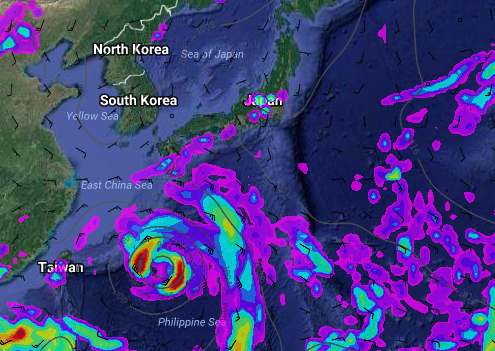 Japan is having a remarkably active month in terms of weather, with record-breaking rain at the beginning of the month followed by life-threatening heat during the last fortnight.

A slow-moving frontal system triggered a prolonged period of heavy rain in Japan at the start of July. Between June 28th and July 8th, some parts of the country received two to four months worth of rain, resulting in flash flooding and landslides. This disaster caused more than 200 deaths and damaged at least 10,000 houses across the country. According to the World Meteorological Organisation, a number of daily rainfall records were broken in Japan during this event.

As July rolled on, the heavy rain was replaced by intense heat across the country as a near-stationary ridge of high pressure became positioned over the country.

A number of locations in central Japan set new daily maximum temperature records during the last week and according to reports, some places registered temperatures above 40 degrees for the first time in five years.

This month’s heat is likely to have been exacerbated by elevated humidity levels owing to moisture lingering in the air following the recent heavy rain and flooding.