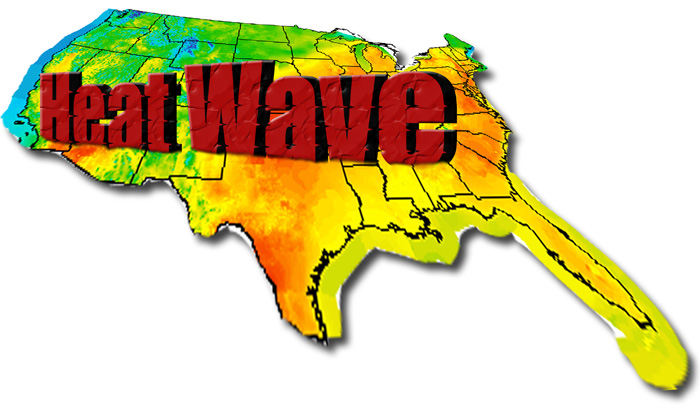 While many of us awoke to sub-zero readings once again, some people in the United States had the opposite problem.

For the last several days, a chunk of unusually hot air has been making its way across the United States.  Temperatures above 104 F (40 C) were common in the nation’s mid-section earlier this week.

Today, that blob has shifted east and now covers the south-eastern United States.  The heat has prompted the National Weather Service to issue advisories and warnings for parts of 14 states.

Major city centres like Atlanta, Georgia broke records today.  In Atlanta, the high was 106 F (41 C).  This was not only the hottest daily high, it was the hottest temperature ever recorded in that city.  They started to keep records almost 150 years ago.

Tonight, overnight lows will probably not go below 25.  Combine that with the high humidity overnight and it will still feel quite uncomfortable.  Heat index values (a combination of heat and humidity) could get as high as 115 F (46 C) tomorrow afternoon.