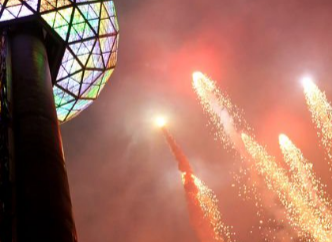 We hope you’re enjoying 2016 — it’s set to be just a tick longer than a normal year.

Why the extra time? Contrary to popular belief, it’s not because Earth’s rotation is slowing down and fiddling with the length of the day.

Rather, it’s to correct some discrepancies between Coordinated Universal Time (UTC), derived from atomic time, and another means of timekeeping known as UT1, which the observatory says is a a “measure of the Earth’s rotation angle in space.”

The observatory explains that, atomic time and the Earth’s rate of rotation are off a bit by 1.5 to 2 milliseconds per day. That amounts to a second of difference after 500-750 days.

“Instead of allowing this to happen a leap second is inserted to bring the two time-scales closer together,” observatory staff wrote in a press release. “We can easily change the time of an atomic clock, but it is not possible to alter the Earth’s rotational speed to match the atomic clocks.”

2016 is also a ‘leap year.’ though our calendars are based on a system of 365 days, the Earth takes a bit longer, about a quarter of a day, to orbit the sun. To get around this, an extra day is added to calendars every four years, tacked on the the end of the shortest month as February 29.