Elon Musk is aiming to land spaceships on Mars in 2022 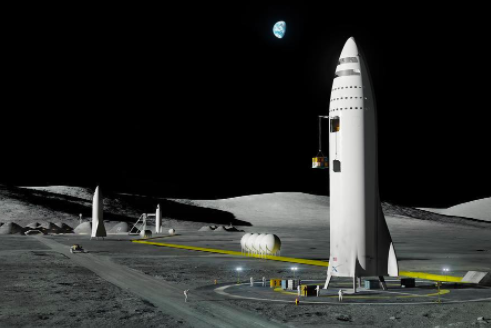 The hard-charging tech mogul said his rocket company, SpaceX, aims to land at least two cargo ships on the Red Planet in 2022 in order to place power, mining and life support systems there for future flights.

“That’s not a typo — although it is aspirational,” Musk said Friday during a presentation at the International Astronautical Congress in Australia. Ships carrying crews would arrive in 2024, he added.

To hit those deadlines, SpaceX plans to start building the first spaceship by the middle of next year, he said. The billionaire entrepreneur does have a track record of setting ambitious time frames for SpaceX, and failing to meet them.

Musk revealed more details on the spacecraft — the BFR, or Big Falcon Rocket, which inside the company is nicknamed the “Big F–king Rocket.” If he has his way, the people who colonize Mars will eventually travel in style in the BFR, which will accommodate around 100 people spread out over 40 cabins, and include large common areas and an entertainment system.

SpaceX has figured out a way to pay for the costly missions, according to Musk, but he shied away from giving specific numbers.

The company thinks it can make enough money from its current business of launching satellites and servicing the International Space Station to finance its Mars ambitions. Musk’s goal is to make the BFR reusable, which would significantly bring down the cost of launches.

Read more on this story and see Video here, via CNN.com

I have seen two broad stars during broad sunny day