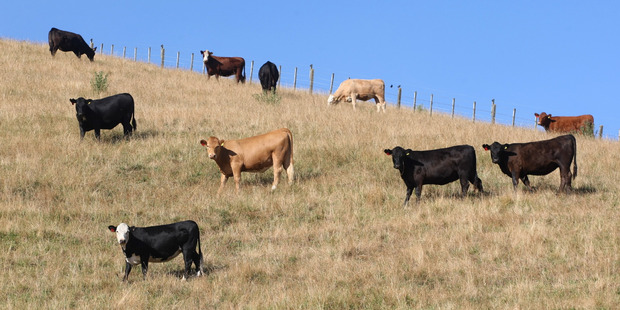 Above-average temperatures are set to linger for the upper half of the North Island and many other regions over the next three months, as a strong El Nino keeps its grip on the country’s climate.

But farmers have breathed a sigh of relief that the ocean-driven system has so far spared the country the horror drought that was feared heading into summer.

The latest seasonal climate outlook, released by the National Institute for Water and Atmospher this morning, reported the El Nino that has meddled with weather since last winter will remain with us until at least April.

This would be accompanied by the El Nino’s signature anomalous westerly wind flows.

In New Zealand, the ocean-driven system typically brings cooler, wetter conditions, bringing higher rainfall to regions that are normally wet, and often drought to areas that are usually dry.

#ScienceSunday: Some (not all) of 2015â€™s record warmth can be attributed to El Nino https://t.co/ymLBOBtyLt pic.twitter.com/aoVAIYN9jM

Around the country, regions appeared to have benefited from recent rainfall, with the latest Niwa climate map showing soil moisture deficit levels much healthier than this time last year — and almost resemblant of the historical average.

In a blog post, Federated Farmers national board member Rick Powdrell said the season had so far delivered farms a “real mix with dry, windy spells where it threatened to turn tinder dry but then some rain appearing when needed”.

But January had produced some decent rain to fire up pasture growth with late warm, tropical systems appearing in the north, he said.

“As a result, most farmers have taken the cautionary approach being careful with stock numbers carried, exiting stock ready for processing and stocking up on supplements to deal with the surplus grass.”

Moving forward, he expected more influence from the moist tropical systems to the north, which could bring challenges with eczema risk among animals, managing feed and stocking levels.

Federated Farmers adverse events spokeswoman Katie Milne said while farmers in most regions had caught a “lucky break” with the El Nino not proving as severe as was feared, that could easily change if the system shifted its position between now and winter.

And many farms — particularly dairy farms — still faced a tough time ahead financially.

“For dairy farmers, it’s pretty dire and there have been a few receiverships this season.

“If things don’t look like they are going to change in a hurry next season — and the predictions are they probably won’t — we’ll probably see a lot more sales.”

The February-April outlook for Northland, Auckland, Waikato and Bay of Plenty:

â€¢Temperatures are most likely to be above average.

â€¢Rainfall totals and soil moisture levels are about equally likely to be below normal or near normal. But weather systems coming out of the tropics could still produce substantial rainfall in places.

â€¢River flows are equally likely to be below normal or near normal.