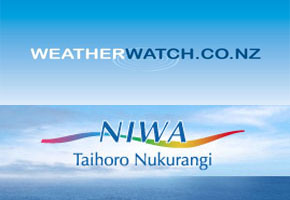 Conditions in the tropical Pacific are currently on the brink of El Niño, and it is likely El Niño will develop during the early spring period. In the New Zealand region, however, lower pressures to the north of the country, and higher pressures to the south, are likely to dominate for the August-October period. Thus, the stronger than normal spring westerlies often associated with El Nino periods are not expected to be very prominent in the coming August-October period.

August-October rainfall totals, soil moisture levels, and river flows are all likely to be near normal or above normal in the north of the North Island, below normal for the eastern South Island, and near normal in all other regions.

WeatherWatch.co.nz forecaster Aaron Wilkinson mentions, “There is a slightly increased risk of thunderstorms in Canterbury during the summer in El Nino conditions which interests me most of all, could be a better season for storm chasing on the Canterbury Plains”.