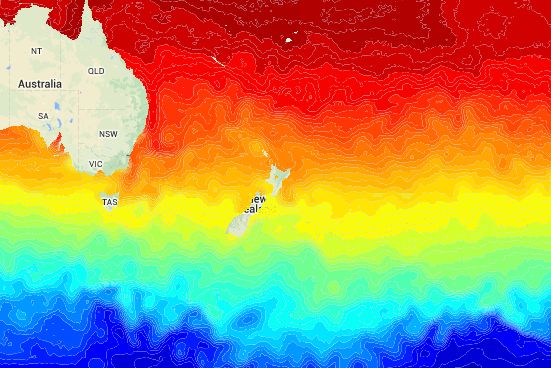 A team of international researchers says there’s a 76 per cent chance of an El Nino forming later this year, and the signs were clear last September.

That’s more certain than the current outlook from the Australian Bureau of Meteorology, which is only saying there’s a 50-50 chance of an El Nino this year, with no certainty until after autumn.

The El Nino Southern Oscillation Index measures the Pacific Ocean atmosphere, with warmer temperatures indicating an El Nino and cooler waters pointing to La Nina. But there is a barrier that stops accurate predictions until after March.

“We found that a year before El Nino starts, the strength of these connections between the Pacific and the El Nino basin tends to strengthen.

“Based on these strong correlations, measurements taken in September, we say that the probability that there will be (an El Nino) is 76 per cent.”

*El Nino in New Zealand can bring very dry weather to central and eastern areas, and cooler, cloudier weather for western NZ due to more highs in the Tasman which fuels west to south west winds over the country (a bit like our current set up but potentially more intense) – WeatherWatch.co.nz

Hi there, El Nino tends to bring weather similar to this summer for Auckland.  Can be quite dry, a bit cloudy and windy too with more sou’westers.  La Nina, on the other hand, brings more easterlies and northerlies, cloud and rain events to Auckland.  Not always locked in, but generally that’s how it is.  As for cool or hot – probably slightly cooler to average. But eastern areas of Northland and Coromandel may be much sunnier, hotter and drier.

Arnt we already having it as far as conditions or is this the entree?

Yeah, your question is in line with my thoughts after reading the effects of El Nino, sw.

It is a concern as things are already dry enough now.

Certainly this summer has had hints of El Nino in my view – plenty of high pressure in the western Tasman Sea, low pressure in the Southern Ocean – strong sou’west flow this summer.  Does seem to be a hint of an entree – although still plenty of easterlies for northern NZ this month.

Be interesting to see how Autumn/Winter pans out.