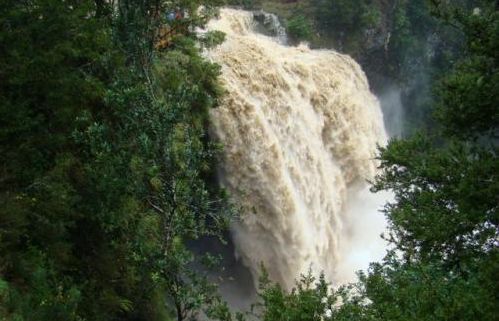 The large low that will be with New Zealand for eight days is now at the halfway mark, day 4, and there are now signs the low is starting to weaken.

WeatherWatch.co.nz head weather analyst Philip Duncan says the air pressure is starting to rise as the low runs out of energy.  “This large low peaked around Monday and early Tuesday and is now starting to weaken very slowly – although it’s going to continue to bring periods of rain to the country for a few more days”.

“Winds, which were blustery and did cause very minor damage, will ease further over the next few days as the low starts to die and the air pressure rises”.

The deeper a low is the windier and stormier the weather usually is.

The air pressure at the centre of the low was around 980hPa on Monday and early Tuesday and will climb to 990hPa during Wednesday, then towards 1000hPa later in the week.  “Once you get above 1000hPa these systems really lose their oomph but they are still capable of isolated heavy downpours.  However as the pressure rises the low is less likely to generate much in the way of wind or widespread problems”.

Rain is still in the forecast – so far each day has produced a fresh new band of heavy rain for northern New Zealand followed by a spell of sunny or clear weather.

Eastern areas will see more rain across Wednesday but over the next few days the rain across New Zealand is more likely to be replaced by showers or shorter lived rain bands.

“We have a high chance for rain across New Zealand right up until Sunday but the general prediction is for rain amounts to gradually reduce” says Mr Duncan.

Bursts of heavy rain are expected near the centre of the low, which will drift towards the upper and western North Island over the next couple of days.

The low should fall apart this Sunday.