Home > News > Eerily quiet in Joplin 4 months after to... 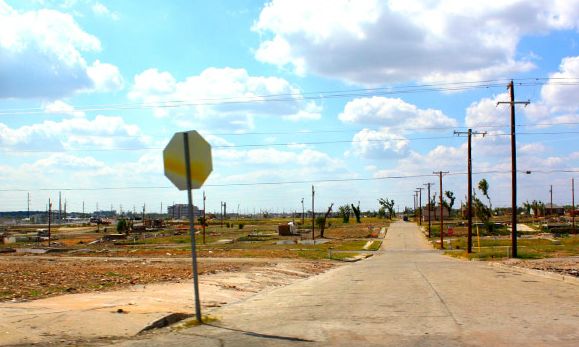 By Jim Spellman, CNN — I spent about a week covering the tornado that ripped through this city in May. I walked through the rubble, met the survivors and some of the loved ones of the deceased.

The scope of the damage was epic, the impact on the community almost unfathomable.

And then I left, and so did all of the other national media.

Reporters most likely will return to chart Joplin’s progress on the first convenient anniversary, perhaps November 22 — the six-month mark.

But on a Sunday morning in September, I found myself in Joplin while on an unrelated story.

The sun had just come up, there was a hint of autumn in the air and the light was beautiful. So I grabbed my camera and headed back to the neighborhood where I spent that week in May and started taking photos.

The rubble is mostly gone and a few houses have been rebuilt, but it’s missing the thing that every neighborhood needs: people.

It’s way too quiet. The houses are almost all gone, along with the trees, cars and dogs.

I spent an hour walking around, and I didn’t run across a single person: no one out for a jog, no families piling into the car for church, no one out on an early-morning doughnut run.

Everyone in this city is focused on rebuilding. They’ve made a lot of progress getting rid of the signs of destruction.

I hope when I return again there are more signs of life among the ruins.