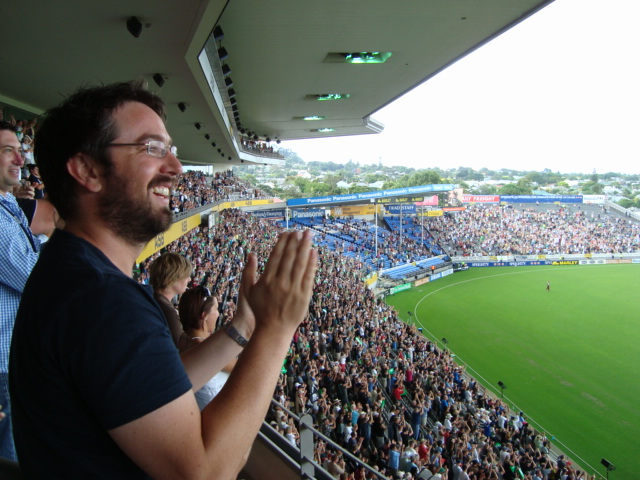 4:45pm Sat — It’s been a mostly cloudy but dry day in Auckland ahead of this evening’s Bledisloe Cup match at Eden park between New Zealand and Australia.

WeatherWatch.co.nz says the weather won’t change much over the next few hours despite a cold blast heading up the country.

“The first of the cold fronts has arrived in the deep South but the worst is yet to come” says head weather analyst Philip Duncan.  “As far as Auckland is concerned it’s too far north to be affected by the cold change today so we’ll continue to see cloudy conditions for the rest of Saturday with westerly winds continuing to strengthen slowly”.

Mr Duncan says conditions should be good for a fast game although there is a low risk of an isolated shower or drizzle patch which could make conditions briefly slippery.

WeatherWatch.co.nz says the temperature tonight will be relatively mild with 13 degrees expected at kick off and unlikely to drop below 11 all evening.   “You’ll want to pack a jacket with that wind blowing”.