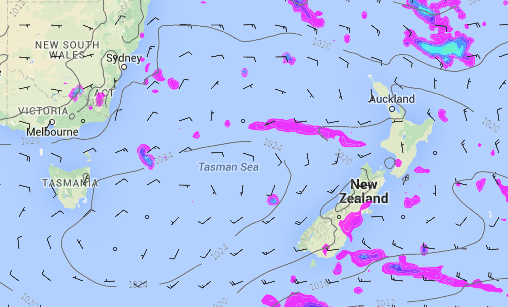 It’s looking fairly fine once again for the majority of the country, although it will be wet in parts of the East Coast of the North Island.

The ranges of Hawke’s Bay, Gisborne, East Cape and eastern Bay of Plenty could see some isolated showers towards late afternoon and into the evening.

Those showers could even be heavy at times, with the chance of a thunderstorm in there as well – so if you’re in that area it would pay to keep an eye on the latest observations.