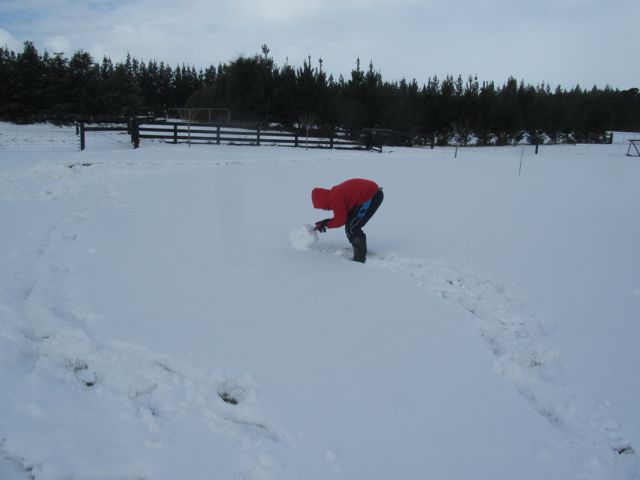 Heavy snow fell throughout much of the night from Kaikoura down to Dunedin and also inland areas as the southerly blast continued into its third day in the south.

Varying reports of snow depths have come through this morning but appears to be ranging from 15cm to half a metre in places as the bleakest conditions of the event to date moved in and yet there appears more to come for some areas today, particularly this morning.

Christchurch saw snow return last evening and some heavy falls overnight has seen parts of the city covered in a thick blanket of snow.Reports vary from 15-40cm of snow citywide with potentially some further heavy falls off and on over the next 6-9 hours before an easing this afternoon.

WeatherWatch Analyst Richard Green says ” It’s been the most continuous snow so far for the city since this polar blast got underway here in Christchurch and it looks as if the snow will come and go again today but it looks as if it’s the last day of serious snow for the city”.

Motorists are advised to stay off the roads in the snowy hit region as the snow is making many roads treacherous and almost impassable.Power has remained for most people although power surges have been quite common.

Much of the North Island overnight didn’t receive as much in the way of the wintry episode, as most of the activity seemed to take place in the south.

How come no snow has fallen in dunedin today  , and could any fall tonight?

The freezing level has lifted a little but also the air moving over you is much drier – the moisture is to the north of Otago now around Canterbury and Wellington.

Still the chance of a few snow showers but the risk is dropping by the hour.

We are only getting showers and strong winds here in Brighton just south of Dunedin. We can see Saddle Hill from here. It is just under 500m high and there has been a substantial snow melt there so it looks quite patchy now.

We haven’t had anywhere near the amount of snow we experienced back in July but the winds have been really  bad and the sea is really churning Cook Strait style.

In Pine Hill, North Dunedin and it has been consistantly raining lightly for about an hour now. Obviously not cold enough for snow and the snow is quickly disappearing

Woke up this morning and measured 23 cms of snow. Same time yesterday it was 17 cms, but a lot of that disappeared during the day yesterday. Patchy sun right now, not much wind, but plenty of cloud still off to the south.

NIWA is quoted as saying it was Auckland’s coldest day (Herald). However a max. of only 7.8C was recorded at Albert Park in July 1930, and that site is warmer than the airport or any other current site being quoted. Pre-1930 records (to 1909 only for soundness) would probably reveal an even lower tmax, but the CliFlo data only goes back to 1930 at present.