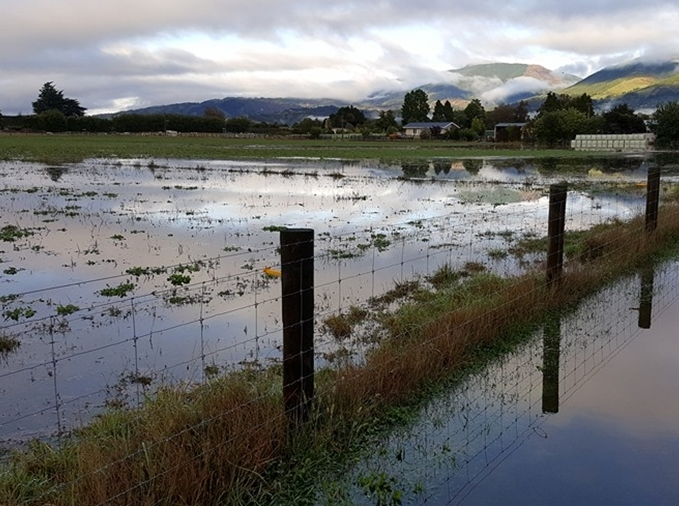 Rough weather will continue for some parts of the country today, as will the clean-up effort after yesterday’s weather chaos.

High winds and heavy rain lashed the country on Wednesday night and into yesterday, causing widespread flooding, hundreds of evacuations, thousands left without power, and chaos on the roads.

Thousands of people were without power in the South Island overnight and MainPower is still working to restore electricity to parts of North Canterbury, still blacked out following last night’s bad weather.

Although electricity has now been restored to Rangiora, Kaiapoi and West Eyreton, MainPower staff are still working on problems in the west, as far out as Oxford.

The weather of the past two days has meant mayhem on wet highways ahead of Easter holiday weekend, with multiple road closures and several nasty crashes including a 4WD towing a caravan colliding with a truck and causing a gas bottle to explode near Warkworth, and a minibus rolling causing multiple injuries on State Highway 5 between Tirau and Rotorua at about 9.30am yesterday.

Surface flooding continues to hamper mop-up operations in the south.

More than 180 people, mostly tourists, were evacuated in Franz Josef after the Waiho River burst its banks about 700m north of the main township.

Flooding swept through several hotels including the Scenic Hotel where staff accommodation was under water.

The Top 10 Holiday Park campsite on the banks of the Waiho River was swamped by the floodwaters.

Emergency rock work was yesterday under way to stem the Waiho riverbank’s breach.
Welfare centres were set up in the Franz Josef township and the Red Cross has delivered supplies from Christchurch.