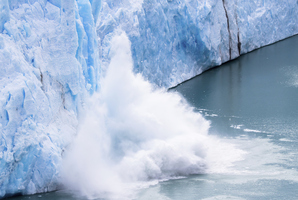 Some of the biggest volcanic eruptions of the last 2,000 years have left their indelible mark deep within the pristine ice sheet of the Antarctic, a study has found.

Scientists have been able to trace the most complete history of volcanic eruptions since the birth of Christ by analysing deposits of sulphate dust in a series of ice cores drilled deep into the West Antarctic ice sheet.

The time series from 26 separate ice cores drilled out from 19 different sites shows that there were 116 volcanic eruptions in the past two millennia that were big enough to result in plumes of volcanic sulphate dust being transported as far as the South Pole.

The biggest was a mystery eruption in 1257, which was already hinted at from medieval chronicles and tree rings but was not located until scientists identified the sulphate deposits as coming from the Samalas volcano on Lombok Island of Indonesia.

The third biggest eruption, according to the ice cores, was Tambora in Indonesia, which exploded in 1815 and caused the “year without a summer” in 1816 as a result of volcanic dust in the atmosphere cutting out sunlight and lowering summer temperatures around the world. The atmospheric dust created spectacular sunsets, which were captured by the artist William Turner, and the prolonged summer rainfall forced Mary Shelley indoors where she wrote her most famous literary work, Frankenstein, or The Modern Prometheus.

The second largest eruption in terms of sulphate deposits found in the Antarctic ice cores was the explosion of the Kuwae caldera near the Pacific island of Vanuatu, which erupted in 1458. Local folklore passed on through the generations described the near total destruction of the island leaving several dead and causing many others to flee to nearby islands. The volcanic record will be used to assess the impact that volcanoes have had on the recent past in terms of affecting global temperatures, which are depressed for several years as a result of volcanic dust in the upper atmosphere reducing sunlight and causing other weather disturbances such as prolonged rainfall.

“This record provides the basis of a dramatic improvement in existing reconstructions of volcanic emissions during recent centuries and millennia,” said Michael Sigl of the Desert Research Institute in Reno, Nevada, the lead author of the study published in the journal Nature Climate Change. Among the top 10 eruptions were three that occurred respectively in 531, 566 and 674.

I actually read that article with much interest on the Daily Mail’s website yesterday, and was somewhat surprised that there was no mention of the Taupo eruption that took place about 1800 years ago in it or the research it reported on. I was always lead to believe that the Taupo eruption was one of the world’s largest eruptions in the last 2000 years, yet it appears not to show up in the Antarctic ice cores at all. Certainly it doesn’t appear to be in the top 10 according to that research, and I was wondering what could explain this? Were the other eruptions in fact just that much bigger than Taupo, or is it a case that Taupo didn’t throw up as much sulphates into the atmosphere as the others, which is what this study tested for, but it was netherless still the largest eruption? Anyone know?