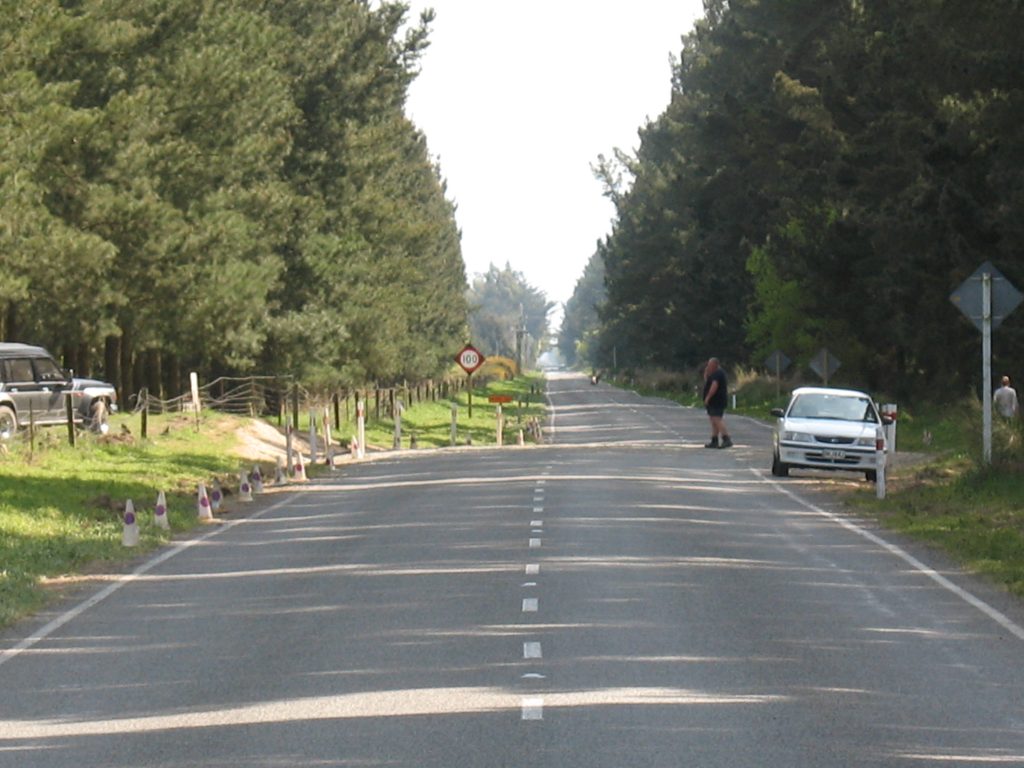 GeoNet takes a look back at the big movers and shakers of 2010.

On Saturday, September 4 at 4:35 am the most damaging earthquake in New Zealand since the 1931 Hawke’s Bay earthquake occurred near Darfield, 40 km west of Christchurch, causing significant damage in the Canterbury region.
The magnitude 7.1 earthquake had a depth of 10 km, and was reported felt across New Zealand from Northland to Stewart Island. In mid-Canterbury damage was severe, with many buildings destroyed or damaged beyond repair and services disrupted. A fault trace of length about 25 km running roughly from west to east appeared, and widespread liquefaction and some landslides and slips resulted. That there was no loss of life was remarkable, and due mainly to the fact that the earthquake occurred at a time when human activity was minimal.
Aftershocks have occurred at distances of over 40 km from the mainshock, and many of these also caused severe damage, often to buildings weakened by earlier earthquakes.
There have been 11 aftershocks of magnitude 5.0 or greater, the largest a 5.6 that occurred 20 minutes after the mainshock.
The most damaging have all been located within 10 km of Christchurch city and at shallow depths of about 5 km. These include a magnitude 5.0 on September 8 at 7:49 am, a 5.1 on October 19 at 11:32 am and a 4.9 on Boxing Day at 10:30 am, all of which caused serious damage and disruption.
Earthquakes other than those in the Canterbury region that caused minor damage and were of magnitude 5.0 and greater were:
The largest deep earthquake was a magnitude 6.5 event on September 29. This was centred 80 km north of White Island at a depth of 290 km and was felt from Northland to Christchurch, most strongly along the eastern side of the North Island, which is characteristic of deep North Island earthquakes.
There were four earthquakes outside the New Zealand region that were reported felt.
The most significant, on June 18, was a magnitude 5.9 event centred 500 km north-east of East Cape at a depth of 200 km. It was felt at scattered locations throughout the North Island.
On February 27, a magnitude 8.8 earthquake south-west of Santiago, Chile, generated a tsunami and a warning was issued by the Ministry of Civil Defence and Emergency Management. GeoNet tsunami gauges detected waves of one metre at Gisborne and on the Chatham Islands. No damage was caused in New Zealand, although some coastal activities were curtailed as a precaution.
In 2010, a total of 39 earthquakes of magnitude 5.0 or greater occurred in New Zealand, of which 11 were at depths of greater than 100 km. About 1,600 earthquakes have been reported felt, and all significant damage was caused by the Darfield earthquake and its aftershocks. The Earthquake Commission has so far received 163,000 claims, and the latest estimate of the cost of damage is around NZ$4 billion.