Earl, restrengthened to a Category 4, heads toward USA 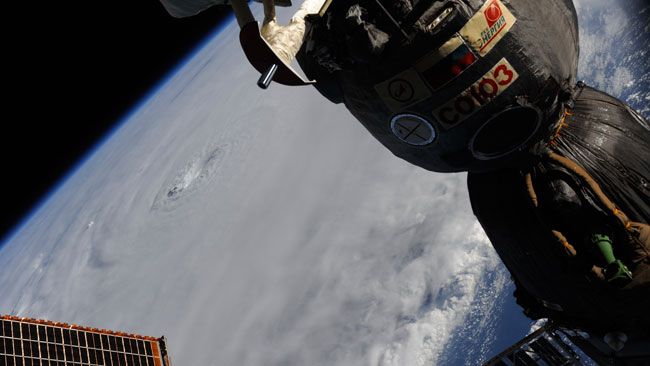 Hurricane warnings and watches stretched from North Carolina to Delaware and covered parts of Massachusetts on Wednesday as forecasters upgraded Hurricane Earl to a Category 4 storm and warned it will be approaching the East Coast by late Thursday.

Hurricane models have Earl passing close to North Carolina’s Outer Banks on Thursday night, the National Hurricane Center said in an 8 p.m. Wednesday forecast. “Only a small westward deviation of the track to the west would bring the core of the hurricane to the coast,” it said.

The center extended hurricane and tropical storm watches and warnings northward through Massachusetts on Wednesday evening and said the storm’s track has shifted slightly to the west, closer to North Carolina’s Cape Hatteras.

Earl had been downgraded to a Category 3 hurricane earlier Wednesday but was judged to be a Category 4 in the National Hurricane Center’s forecast on Wednesday EST at 5 p.m.

Earl’s maximum sustained winds have increased to near 215km/h and the storm is growing, the National Hurricane Center said.

Large breaking waves of 10 to 15 feet are possible along the coast, with possible storm surge of 2 to 4 feet, along with 3 to 4 inches of rainfall, Morris said. Isolated tornadoes and waterspouts are possible.

Tropical storm force winds are expected to reach the coast from Virginia to New Jersey by early Friday. Morris said that Earl will make its closest pass to New Jersey on Friday afternoon as a Category 2 hurricane.

The long duration of tropical storm force winds threaten widespread power outages in parts of the South and the mid-Atlantic region, he said.

Tropical storm force winds will arrive on Massachusetts’ Cape Cod by Friday afternoon. Morris said that hurricane force winds are possible there later on Friday, with Earl making its closest pass to Cape Cod on Friday evening as a Category 1 hurricane.

Forecasters have issued a hurricane warning for the area from Bogue Inlet, North Carolina, northeast to the North Carolina-Virginia border, including Pamlico and Albemarle sounds.

On Wednesday evening a tropical storm warning for the area between Cape Fear, North Carolina, and Bogue Inlet, was extended from the North Carolina-Virginia border to Sandy Hook, New Jersey.

A hurricane watch stretched from the North Carolina-Virginia line up to Cape Henlopen, Delaware, while another hurricane watch covered a chunk of the Massachusetts coast, from Wood’s Hole to Sagamore Beach, and includes Martha’s Vineyard and Nantucket .

Because of Earl’s size, effects of the storm are expected to be widely felt. Hurricane-force winds extend outward up to 90 miles (150 kilometers) from the center, and tropical storm-force winds up to 200 miles (325 kilometers).