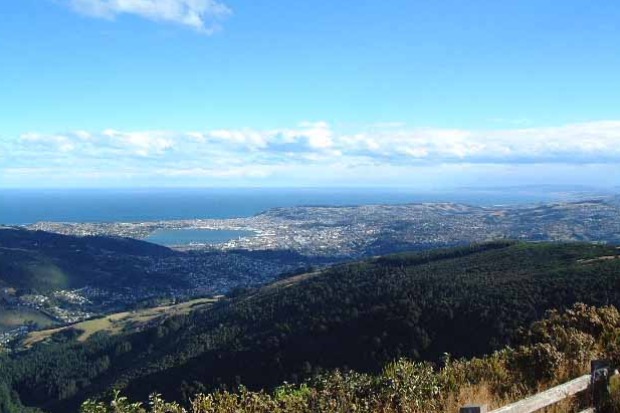 Dunedin sometimes gets a bit of a battering for its variable climate but this week that reputation has been put to rest.

The southernmost main city has taken the limelight as the driest, least windy and recorded one of the warmest maximums during the last week of all the main cities.

On the whole conditions have varied up and down the country with temperatures, rain stats and sunshine hours all taking a hit at some point due to the incoming troughs.

This is set to continue for the next week and rainfall totals might even be higher than what has occurred over the last seven days.

Auckland
Rain has topped more than twenty two millimetres for the city and in some suburbs it’s been almost double that figure.
Last night was the warmest night with a low of a humid nineteen degrees and the weekend saw the highest daily temperature of twenty three degrees for the week.
Biggest wind gust was yesterday with a nor’ easter at 65 kilometres per hour.

Hamilton
The Waikato city has also seen changeable times and rain has also been a feature.
In terms of rain just a fraction over twenty millimetres has fallen.
Temperaturewise the highest figure was on Saturday with twenty three degrees but last Thursday night was a chilly three.
Winds blew at their peak yesterday from the east at nearly sixty kilometres per hour.

Tauranga
Like the other northern cities conditions have broken up and not followed a recent pattern.
Rain totals have been impressive with more than fifty millimetres recorded.
A nor’ easter roared through yesterday topping out at seventy kilometres per hour but a mild night followed with a low of seventeen degrees.
Last Thursday was the high point in terms of temperature with a summery twenty four degrees recorded during the day.

Wellington
Just six millimetres of rain has taken place across the Capital over the last week but the wind has been more obvious with a near gale force northerly pushing through during Sunday.
A couple of days have been in the low twenties and night time lows have remained in double figures throughout the timeframe.

Christchurch
Similar to Wellington, six millimetres of rain has been recorded over the last twenty four hours but warm days have been a highlight for the Garden city.
The city of extreme weather has lived up to its name with two days of twenty four degrees but a couple of frosty nights has seen the thermometer dip to minus one.
Winds have been breezy at times and a nor’ wester has been clocked at just above fifty kilometres per hour.

Dunedin city
The southern city has been the driest and calmest of all the main cities during the last week.
Not even half a millimetre of rain has fallen and winds haven’t even neared forty kilometres per hour in gusts.
Temperatures were healthy at the end of last week with twenty three degrees recorded and one nippy night of three degrees has taken place.