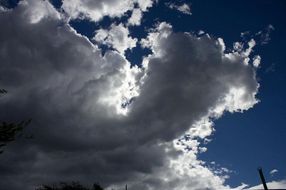 Some parts of Dunedin are just 12 and 13 degrees as we head towards midday today in the second week of January.

The weather pattern around the lower South Island has remained stuck in a spring-like set up since the start of September.  While there have been some hot days, the coastal areas of both Southland and Otago have been hit by a number of cold, windy and wet days, especially lately.

“So much for summer” and “When is summer starting?” would be the two main comments we’ve been receiving from Dunedin readers over the past few days.

However warmer weather is predicted next week – with some warming this weekend ahead of the next cold snap on Sunday and Monday, then again next Friday possibly.

“It’s to do with the highs, or rather lack of them” says head weather analyst Philip Duncan “Otago has had a lack of big sunny highs and the ones that have moved towards New Zealand have remained mainly north of the region, this is helping fuel this spring-like pattern over southern parts of the South Island especially”.

Mr Duncan says this pattern shows signs of easing and improving this month for the lower South Island but that further cool days were still in the mix.

Hmm, i remember back in november, Mr Duncan saying that the spring weather pattern was fading  and the normal summer pattern was starting….

Yep, I did predict a summer pattern to emerge by late Dec which for many areas has been correct – as showers/wet days don’t negate summer and most places haven’t been wetter than average. But about 1/3 to 1/2 of the South Island is stuck in a spring pattern which we didn’t expect would linger so long!