Dry Sunday for most 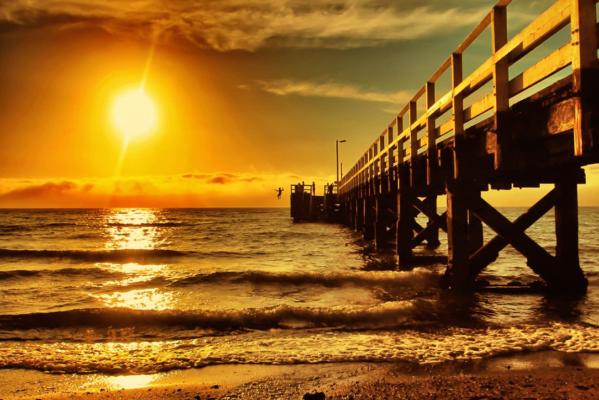 The latest information on the weather front suggests that most of New Zealand can expect a dry day in the main with just the most rain of note today along the West Coast later today.

This is a far cry from how is was looking two or three days ago when rain looked as if it was going to seriously buckety down over the west and south of the Mainland however tomorrow is appearing damp in these areas but not with any real violence at this point.

Winds will be the biggest feature today and could get close to clocking up to the 100kph mark over exposed inland areas.Today and tomorrow blustery conditions are likely to blow across central and southern regions.

Temperatures this morning are mixed with cooler temperatures in sheltered areas but milder conditions where the wind is blowing in from the west or northwest.
Timaru and Oamaru were nudging 20 degrees early this morning under nor’ west skies and Dunedin and Invercargill were also in the mid to high teens yet just up the road in Christchurch it was a cool 6 with very little wind about.
Much of the North Island were in the low to mid teens overnight however Masterton this morning was clocking in with just 6 and Whakatane was a crisp 8.

“Once again today it’s looking more like Spring weather than late Autumn with windy and mild conditions for some” says weather analyst Richard Green.”It’s not often that the last week of April sees more of the country in the twenties than the teens and it could continue into tomorrow and part of Tuesday as well”.

WeatherWatch sees the rain really starting to kick into gear later today across the west of the Mainland and lasting a further 36 hours.