Home > News > Dry spell rolls on but what defines a dr...

Dry spell rolls on but what defines a drought? 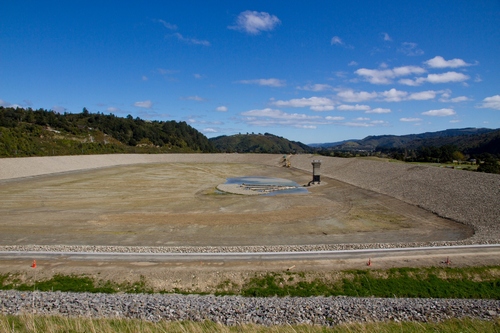 It’s been a number of weeks that a dry spell has been in effect across the country and fire bans and high fire risks also indicates it’s been warm and dry lately.

There have been pockets of showers dotted over different parts and a couple of weeks ago some rain fell over very dry areas but in the main it hasn’t been enough on the land over the last six to eight weeks, if not more.

So if we’re having a dry spell nationally, when do we know if we’re entering drought territory or not?

Drought is an insidious hazard of nature. Although it has scores of definitions, it originates from a deficiency of precipitation over an extended period of time, usually a season or more.

Drought should be considered relative to the long-term average or normal balance between precipitation and evapo-transpiration (evaporation + transpiration) in a particular area.
It is also related to the timing and the effectiveness of precipitation.
Other climatic factors such as high temperatures, high wind, and low relative humidity are often associated with drought in many regions.

Meteorological Drought: Usually defined on the basis of the degree of dryness (in comparison to some “normal” or average amount) and the duration of the dry spell.

Hydrological Drought: Associates the effect of periods of precipitation shortfalls on surface or subsurface water supply. The frequency and severity of hydrological drought is often defined on a watershed basin scale. Although climate is a primary contributor to hydrological drought, other factors such as changes in land use, land degradation, and the construction of dams all affect the hydrological characteristics of the basin.

That is a very good explanation, thanks for continuing general education of followers 🙂