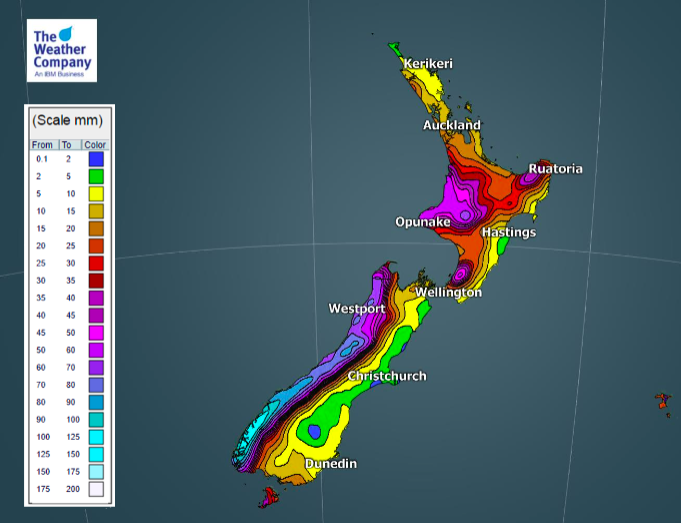 In trying times two things are important: Facts and optimism. As ex-cyclone Gretel fails to deliver drought breaking rains and Covid-19 causes much greater economic stresses it’s hard to not escape the feeling that everything is going against us. But that isn’t the case. We have silver linings to focus on and at WeatherWatch that’s what we want to focus on heavily in the weeks and months ahead: Facts and optimism.

So let’s address the facts:

The drought is still with us and what was Cyclone Gretel failed to bring soaking rains that could have reversed the drought. As a result of this failure of rain, droughts will continue on for the rest of March and into April now too.

Last night rain fell in the Far North and eastern Northland. It wasn’t huge but it was helpful and will make a difference there. But being a ‘fine line weather event’ meant those just a little further west and south received nothing. Which means things are very serious as we head towards winter without proper pasture growth or feed. Many North Island regions are in a year-long rainfall deficit now too.

It’s not all doom and gloom. Quite likely many in the drought zones will have some relief in the form of showers in the coming week – some may be locally heavy too. It’s not widespread but your local forecasts should show some shower chances increasing into this weekend. This will be helpful – and departure from normal rainfall maps (which show if the next 7 days lean wetter or drier) suggests parts of Northland, Auckland and Waikato will be closer to “normal” rainfall for this time of year (after months of below normal). Will it fix the drought? No. Will it be helpful? Yes.

Long Range Positivity:
We do have another big high rolling in next week which will bring another cool southerly up the country then lock in a number of dry, calm, days.

As this high departs in the last days of March it could see a humid sub-tropical easterly flow over northern NZ, bringing in some showers. After that, in early April, will be the next chance for a low in the Tasman Sea.

April is also the month that brings rain most years. By mid-April the physics of the planet mean our patterns usually change and the longer nights and shorter days bring rainfall in. This isn’t a forecast, rather it’s a reminder of historically what we see in the month of April. March can have Indian Summers, so dry at this time of year is somewhat normal – April is often wetter, so another positive to look for in these dry times.

Remember, our forecasts and app now have hourly and daily rainfall totals for your specific location going out 10 days. This is using IBM’s Watson Super Computer to crunch and verify data and is the most accurate on earth – so a very helpful guide to get your head around upcoming showers and rain events.

As you can see in the 7 day rainfall forecast map below, drought zones do have some relief coming in the several days ahead.

I have to say looking at Weatherwatch’s long range rain map is difficult to see any silver linings. Also Accuweather’s monthly forecasts shows no silver linings (even into May!) and they have been remarkably accurate with their long tern weather for months now. I hope I am wrong with this basic analysis. I have noticed Australia has good long term forecasting – ie 12 month forecasting – and these forecasts appear to be have been pretty accurate year on year. Why does NZ not have a similar service? I fear Northern NZ is locked into a longer term cycle and we will not have normal rainfall for some time despite neutral climate drivers now in place. It would great to know what Weatherwatch’s forecasters’ honest analysis is for Northern NZ’s weather in the upcoming months. Niwa’s long term forecasting is in my view woeful. Thank you