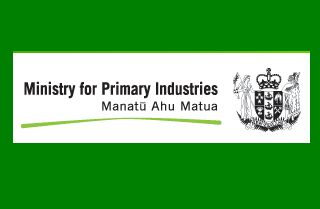 WeatherWatch.co.nz is now assisting the New Zealand Government as the big dry continues to worsen across the country.

For the past two weeks – and for the weeks ahead – WeatherWatch.co.nz will be assisting the Ministry for Primary Industries (MPI) with our view on where the rain makers are – and where they are most likely to track.

“WeatherWatch.co.nz has been providing detailed weather forecasts to the MPI team managing the drought response and this has been a valuable source of information” says Stuart Anderson, Resource Policy North Island Regions Manager.  “We really appreciate their responsiveness to our requests for assistance”.

Head weather analyst Philip Duncan says he is keen to help with whatever assistance the Government and farming community need.  “This is a tough time, and the best service we can provide to the nation is one that is factual and one that looks at the big picture, but also being honest when we can’t see rain either”.

WeatherWatch.co.nz says for the first time in months a sizeable low is headed towards New Zealand this weekend but it won’t be the silver bullet we’re looking for.  “The rain will be welcome and will certainly bring relief to some – but sadly not all” says Mr Duncan.  “Northern and eastern areas do run the risk of missing out on some of the rain and instead my only get a few showers”.

Late Sunday and Monday are expected to be the wettest days in New Zealand since about six weeks ago.

“As part of our services to the Ministry we also talk of another potential sub-tropical rain maker in the final days of March.  Too early to know for sure but one thing we are seeing is a change in the weather patterns.  Yes there are still a lot of big, dry, highs moving in, but unlike the first two and half months of the year we are now seeing lows back in the mix in between each of these incoming highs, rather than just a constant stream of highs”.

Stuart Anderson from the Ministry says farmers and growers might be interested to keep up with the drought news via the MPI website “See MPI FAQ, linked from the front page of the MPI website www.mpi.govt.nz “.

Good on ya WeatherWatch! Hoping this low will keep us out of the drought zone category.

Whats the govt going to do about it,They cant make it rain.

why doesn,t New Zealand invest in a de-salination plant.
they have them overseas.

Thanks Dave and it’s also a team effort with Richard, Aaron and Howard on board.

Hope you get some rain soon in your neck of the woods.