Home > News > Drier than normal trend for most of New ... 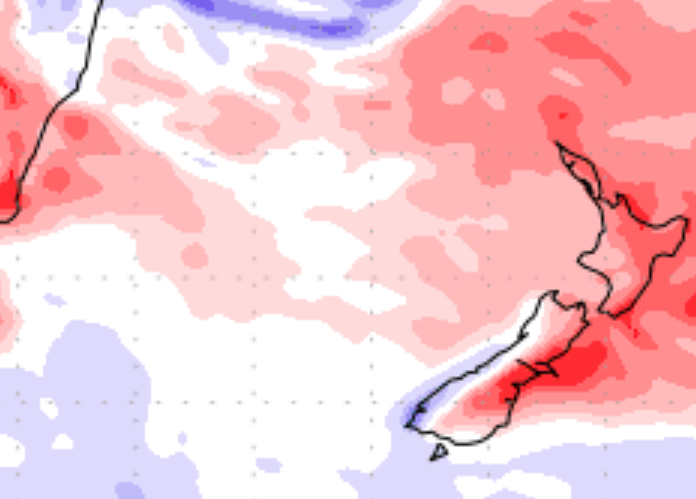 2018 has had plenty of rain events with most regions actually wetter than average for this time of the year. Soil moisture maps indicate just a few dry spots (like around Taihape, Gisborne and between northern Auckland and Whangarei) but none of these dry areas are serious, although they may be limiting pasture growth a little lately.

The forecast of mainly dry weather for many areas over the next 7 to 10 days could be a perfect balancing act at getting soil moisture levels back to normal after the wet past few months.

The dry spell has started this week but kicks in more so next week thanks to windy westeries. This pattern will encourage wetter than average conditions on the West Coast but almost every other region looks drier than average for the week ahead, perhaps the following week too.

Rain this weekend will be mainly on the West Coast but some rain and shower activity will spread across the North Island on Sunday, then mainly dry. 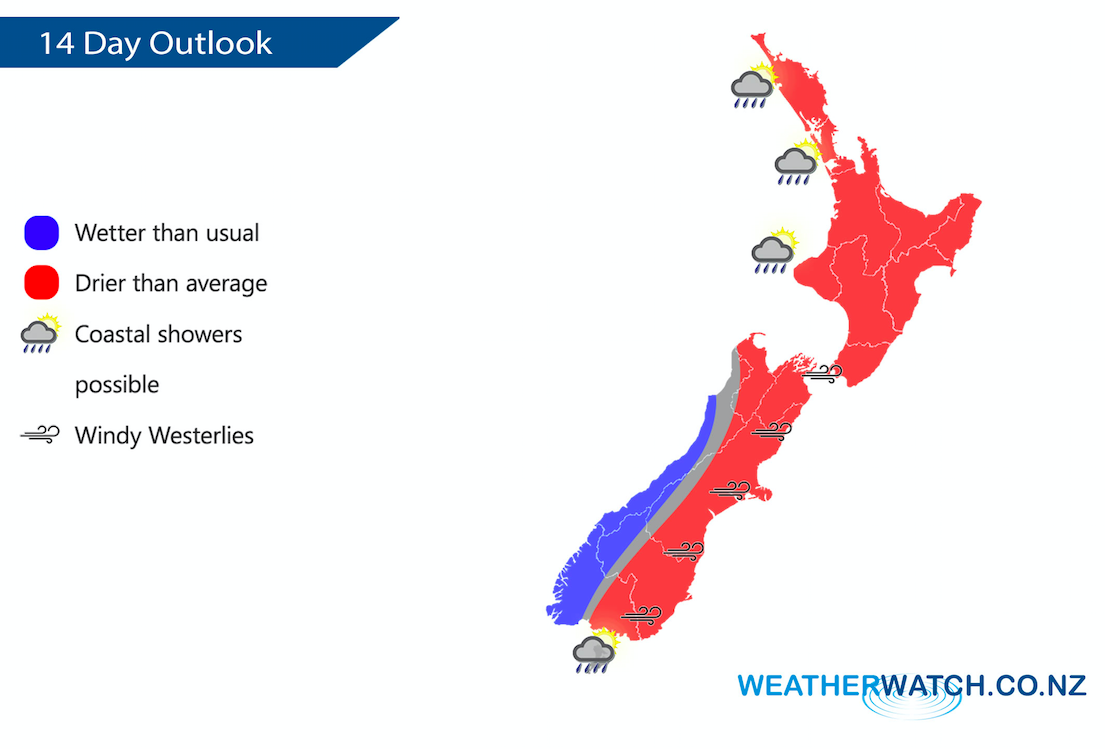 – 14 Day InfoGraphic – you can find this in Monday’s Farmer’s Weekly newspaper or online at farmersweekly.co.nz/weather now.