Downpours for the West Coast, rapid cooling for the South Island Saturday 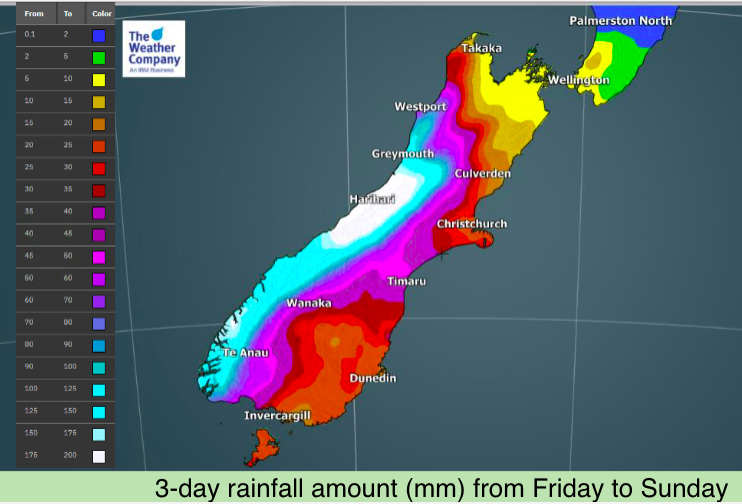 Heavy rain will impact the West Coast over the coming days with wet weather spreading east as well, along with a rapid cooling change.

Temperatures will tumble on Saturday with Christchurch dropping more 10 degrees from Friday to Saturday, as far as daytime highs are concerned. (24 is forecast today, 14C Saturday).

Further south and Dunedin has a high on Saturday of only +10C.

While Queenstown only reaches 13C with patchy light rain on Saturday, the warmth returns with a high of 22 on Sunday and back to 26C by Monday.

Rainfall on the West Coast will be heavy enough to cause localised slips, flooding and maybe impact highways too. Over 200mm is forecast for the central West Coast within the next three days. Canterbury is forecast to have over 100mm in the mountains and 50mm on the plains, which is quite a bit for November.

It will take until early next week for that rain – in much lighter form – to brush over the lower North Island, also with a slight temperature drop.