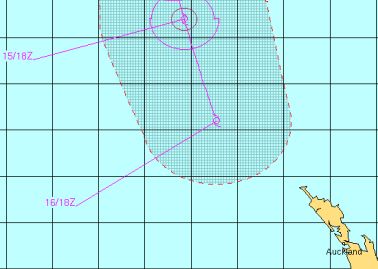 Tropical Cyclone Vania has weakened a little today, as expected by WeatherWatch.co.nz, as it approaches New Caledonia.

The cyclone has been downgraded from a weak Category 3 cyclone to a strong Category 2 storm.

Head weather analyst Philip Duncan says the difference is very little.  “This cyclone is still a nasty one and will cause damage to far eastern parts of New Caledonia.  The good news for those in Noumea is that the cyclone has weakened just a little and started to turn more southerly today”.

Mr Duncan says those two small changes, when combined, will have a significantly positive affect for Noumea, a city of 100,000 people.

Currently Noumea has winds of 93km/h from the east.

However while Vania continues to push south towards New Zealand another low in the north western Coral Sea could join forces with the cyclone, predicts WeatherWatch.co.nz.

The low, currently north of Queensland, hasn’t been able to develop into a cyclone today due but on Saturday that is likely to change as the low moves out into the Coral Sea.

Both the Bureau of Meteorology and the Joint Typhoon Warning Centre rate the chances of this low becoming a cyclone as “high”.  It is not expected to stay a cyclone for very long but could still inject more energy into Vania, or be a smaller rain bearing low shortly after Vania has passed New Zealand.

Tropical Cyclone Vania is still on track to reach New Zealand with latest computer models showing a direct hit is highly likely for the North Island, but at what strength?

“While Vania will technically cease to be a tropical cyclone once she leaves the tropics, the category status can still remain and at this stage the Fiji Meteorological Service says Vania may maintain Category 1 strength as late as Sunday night as she approaches New Zealand”.

“That means winds averaging 65km/h and gusting to 125km/h.  Geographical features in New Zealand, such as the Kaimai Ranges, could lift those winds gusts further.  It all depends on what happens to Vania shortly before landfall”.

WeatherWatch.co.nz says it is still too early to know exactly where the centre of Vania will make landfall in New Zealand but it’s mostly likely to be somewhere in the upper North Island.

But Mr Duncan says there is some good news.  “Vania is likely to come in from the north west which favours heavy rain moving into Northland, Waikato, Ruapehu and Taranaki – regions that desperately need more rain.  We just hope the rain doesn’t fall too quickly to cause serious flooding.  It will certainly be a fine balancing act to get it just right”.

“If the cooler waters north of New Zealand play their part then we may find Vania dramatically weakens before reaching us, meaning the low may just bring a day or two of wet, windy weather.  Unfortunately it’s still too early to know for sure”. 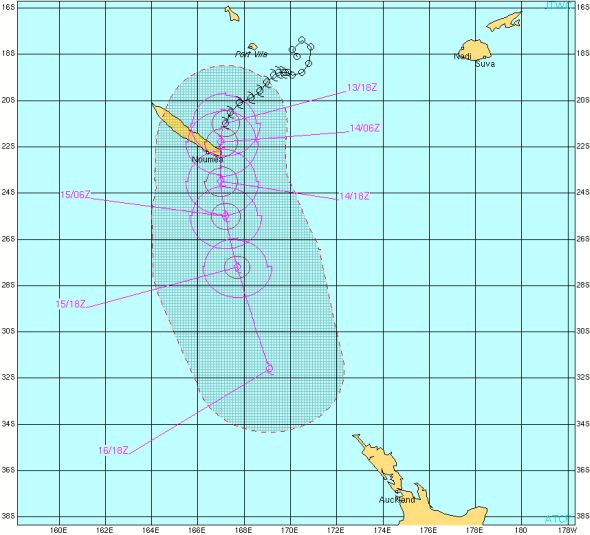 Excellent updates,and yes i would agree prob te best you can find on the internet, awesome stuff you guys, keep up the good work : )

Does anyone know of a website to track these cyclones with current up to date information?

Apart from that WeatherWatch.co.nz is probably providing the most detailed news coverage on these storms.

Hey Phil,
I was looking at some of the track maps for cyclone zelia and it has it approaching NZ still as a cat 3 cyclone, I didnt think they were that strong when they came near us? Is the fact it will be a cat 3 correct information?

No it definitely won’t be a category 3 storm by the time it reaches New Zealand.  Cat 1 is quite possible though, however we think rain will be a main feature of this system with only strong winds right near the centre.

Thanks heaps for that, certainly put my mind at rest.