Don’t be SAD, summer’s on the way 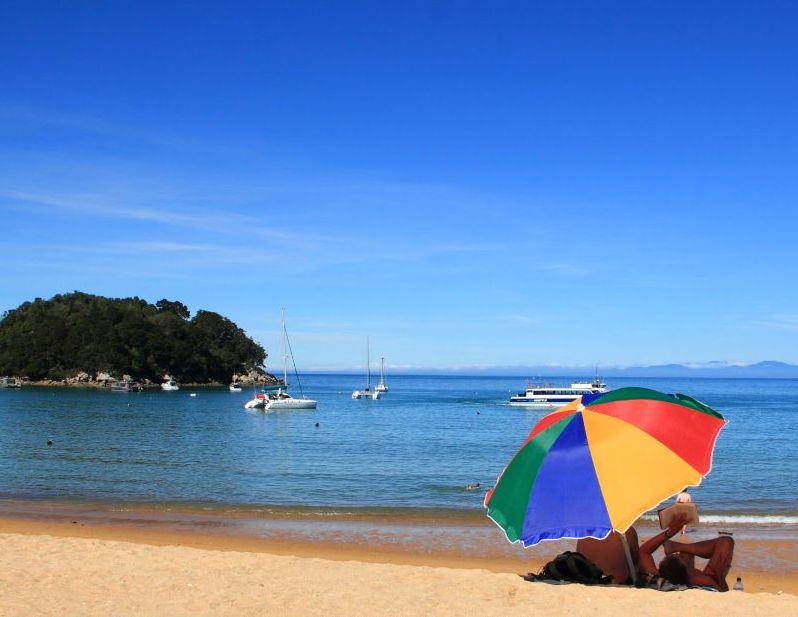 Today is the shortest day of the year…the winter solstice occurred at 5:16am which means the earth stopped tilting the Southern Hemisphere away from the sun and, from tomorrow, it will slowly start to tilt back again.

It’s not something you’ll even notice at first.  The earth has today suspended its tilt that has seen our sunlight hours slowly getting reduced for the past six months.  Tomorrow it starts to creep back again.  But it’s certainly not quick.  In fact it will be a few weeks at least before most of us even notice the few extra minutes of sunlight creeping back.  But if you’re like me, the psychological affect can be very rewarding.

I love all the seasons…each one has something about it that I love and each season makes the next season more interesting.  But as much as I love a roaring southerly and a good hail storm there is one thing that always gets me down – and that’s the lack of sunlight.

It’s not just me either.  Seasonal Affective Disorder – aptly shortened to “SAD” – is a disorder that’s common in winter when the days are short and we’re exposed to less light. In fact, the further south you live the more likely you are to suffer from it (less sunlight the further south you go in winter in the Southern Hemisphere).

Some argue New Zealand isn’t far enough away from the equator to really be affected by SAD.  But even if you live as far north as Auckland, where the days are longer in winter than they are in Dunedin, you have to factor in that people wake up earlier due to commuter congestion.  Many wake up in the dark, work in offices all day, then drive home in the dark.  Your exposure to sunlight is severely limited.

Sure we’re no Scotland, Iceland or arctic Canada, but there are varying degrees of SAD.

Symptoms of SAD are: depression, lethargy, fatigue, cravings for junk food, headaches, sleep problems and being irritable. Symptoms can start in Autumn, then reach their peak during the winter months. By spring most of us start to come right.

Interestingly up to 80% of those who suffer from SAD are female and usually it starts when you reach your 30’s – although it’s unclear why.

Researchers are investigating why bright light can lift depression. I know that personally if I’m feeling down at night flicking on some lights instantly makes me feel better. It’s perhaps the same reason young children like night lights… there’s a comfort and warmth that comes from particular lighting.  Human beings love light (except maybe for New Years Day!)

There has been a study showing improvement in SAD symptoms when people take a one-hour daily walk outside. Even on a cloudy or wet day, the sunlight is still strong enough to have a positive affect on your mood.

If it’s dark when you leave for work and arrive home then make the most of your lunch breaks – get outside and take a walk. Or just find somewhere sheltered and have your lunch. Turn the lights on at home, eat well, exercise and get as much daylight as possible – because if it helps ease the winter blues, it’ll be well worth it.

“But Phil” I hear you ask “Why are you so positive that the winter solstice has passed when the coldest weather is yet to arrive?”.  Well, it’s not the cold that gets me down – it’s the short days. So yes, while the coldest weather is yet to move in (late July and early August) the days will slowly be getting longer and brighter.  It’s the long slope down to summer in my view!

In all seriousness, as someone who has had his fair share of anxiety and depression over the years I know how miserable and bleak this time of year can be.  If you really do feel down try to get outside where you can and see your doctor if that doesn’t work.  Sometimes sunlight isn’t the silver bullet.

And remember, in a few weeks time you’ll be able to SEE the difference in the days.

As the song says, “Always look on the bright side of life”.

Glad to know others feel the same from lack of daylight, but I need blue sky and sunshine, even an hour a day wiil do.
Maybe I could go up in a plane above the cloud and see the sun,as from up there you feel as though you could just reach out and shuffle the clouds around and make it fine over your house!
Apart from the ash clouds disrupting flights this could be a good idea!
My niece thinks its caused by the men on the space station cleaning out their chimney!
As for having bright lights on at home I hate them too bright, you should try putting around heaps of fairy lights!
Chocolate is also good therapy, but it seems to make my clothes shrink!

Great article Phil, I know exactly what you are saying as I also have and still do, suffer from anxiety & a bit of depression and getting out into the daylight for a walk, or going to my gym has a very positive effect.
We had a great mostly sunny & warm day in Whangarei yesterday and a bit of time out with our dog, a lab, for a run around was very beneficial.

I was feeling this “sad” way at the weekend and put it down to the weather, was wet & a bit gloomy, so after reading your article I am now well aware of why.

Thanks for writing it.

I always love to know that we’ve passed the shortest day and that spring (my favourite season!) will be round the corner… and talking of walks, Ive just been out for a walk with my baby horse for the last hour and yes I do feel better for it!!