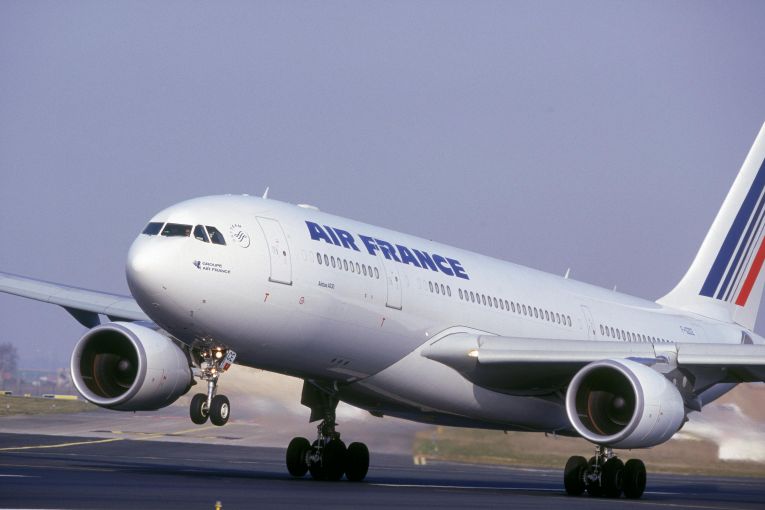 From our weather partner Weather.Com

Internal discussion continues at weather.com via emails and such about the lightning theory regarding the crash of Air France 447.

Here are a few things to think about regarding lightning in the location of the crash.

The image below shows lightning flash density/time in units of flashes per square kilometre per year.

This count includes both cloud-to-ground but also in-cloud flashes.

As you can see in the map, there are few lightning flashes in the location of the tragedy; just roughly .2 to .4 flashes per square kilometer per year.

Meanwhile, even more doubt was placed on the lightning strike theory when the World-Wide Lightning Network (WWLLN) announced that they did not detect lightning anywhere near the suspected crash area for an hour or more on either side of the event.

The network may be as low as 20 percent efficient in detecting individual lightning strokes, but rarely misses a whole thunderstorm.

So, while there were tall clouds there in the Intertropical Convergence Zone, there is some question about how much lightning was present, if any, in those clouds where things began to go terribly wrong.

A lightning bolt that hit a wing surface on AF447 caused a fire to erupt within the airbus 330’s improperly shielded circuits. At first suspicion the pilots and cabin crew reported a burning smell to each other as they investigated however as the fire intensified it destroyed more critical electronic components causing not only the autopilot to disengage but also indirectly causing the loss of cabin pressure.

The ever increasing levels of carbon monoxide would have proved to render the pilots, cabin crew & passengers unconscious thus explaining the absence of a mayday call. As a result numerous automatic messages were sent to the airline’s home base during the struggle advising of an electrical systems failure and subsequently the failure of the “fly by wire” control surface components. Initially as the pilots were distracted investigating the burning smell they did not realise the autopilot had disengaged because of the fire burning through critical system components which would have otherwise normally sounded a warning to pilots about the autopilot disengaging.

This leads to another question – If the pilots were unconscious or distracted when the autopilot disengaged, who was flying the plane? A “blackout” or the loss of PFD and MFD displays would have been the end result however the backup primary flight instruments would have been absolutely useless if the pilots were pre-occupied with the escalating problems onboard. The 20K odd fuel slick discovered would have been fuel leaking out from the wing struck by lightning also catching on fire during the dive causing mid-air explosions to have caused what was later reported by a passing Spanish pilot as an “intense flash” and “Suddenly, we saw in the distance a strong and intense flash of white light, which followed a descending and vertical trajectory and which broke up in six seconds,” the captain wrote.

Note: This is only a theory and it should stay that way until all final investigation is completed however if the black boxes are never recovered then this will be a theory to consider unless the pilots flew through the storm too fast which would have ‚Äúthrashed‚Äù the aircraft outside its design limits.

We could speculate about all manner of scenarios, but unless they find the black box which must be in 10,000 ft of water, (the likelyhood of which is not just remote but I would say impossible), we will never know. The comment that there was severe updraught in the location where the flight went down sounds very plausible though and could have been the reason for the aircrafts equipment failure. I read somewhere that aircraft are often struck by lightning but this is taken care of in the construction of any aircraft with just that in mind and is not usually therefore a problem.

I’m not saying that lightning may have been the sole cause, but according to media reports, just 10 minutes before the series of automatic messages indicating systems failures began, the pilot did indeed send a manual report saying that he was flying through an area of ‘Cbs’ (electrically charged cumulonimbus clouds that come with violent winds and lightning) and that satellite data has shown that towering Cbs (up to 50,000ft) were sending 160 kph updrafts into the jet’s flight path at the time.

At the risk of adding to speculation, updrafts and wind shears encountered in CB’s are easily capable of causing loss of control leading to airframe damage or breakup in even large commercial aircraft. A Boeing 747 was found to have completed an uncommanded loop while in extreme turbulence over the Indian Ocean in 1985 when the flight data recorder was examined. I would think it would be a more likely contributory factor than a lightning strike for this accident. Until the flight data recorders are recovered however the actual cause can only be the subject of speculation and guesswork.

As an electrical engineer I have seen parts of equipment disappear right in front of my eyes. If the aircraft had been somehow become part of an inter cloud discharge it would have disintegrated in seconds.

A pilot from a Spanish airline saw a flash of white light falling towards the sea.