Departing low and incoming high = colder nights for some (+4 Maps) 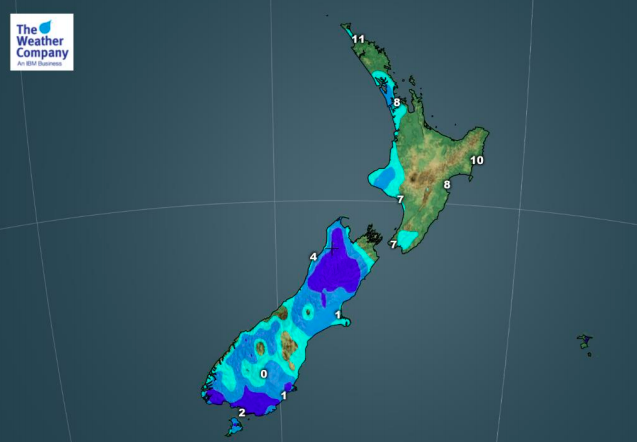 The weather pattern is a bit messy right now but high pressure is slowly building and expanding over the country and while the centre won’t spread over New Zealand any day soon the calmer weather will.

Lighter winds and clearer skies after the southerly flow for many this week will see overnight low dropping down to frost territory. Nothing too serious, but a chance of frosts across the South Island – less likely in the North Island due to continuing breezes and cloud. It’s possible inland areas of the North Island may be closer to a frost later in the week.

It’s still a bit windy over the North Island for Wednesday, nothing serious for land though.

The low north of New Zealand will continue to hang around for Thursday but moves away by Friday as high pressure expands further over the North Island, however it may encourage a sou’west flow which will bring a few showers and clouds to the western coastline. 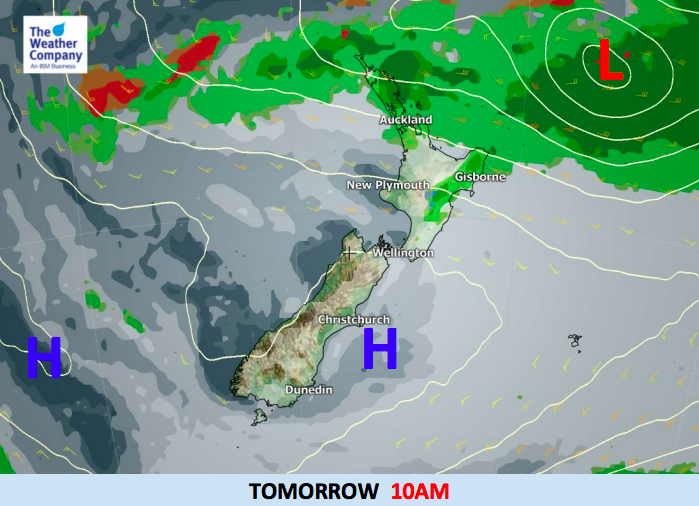 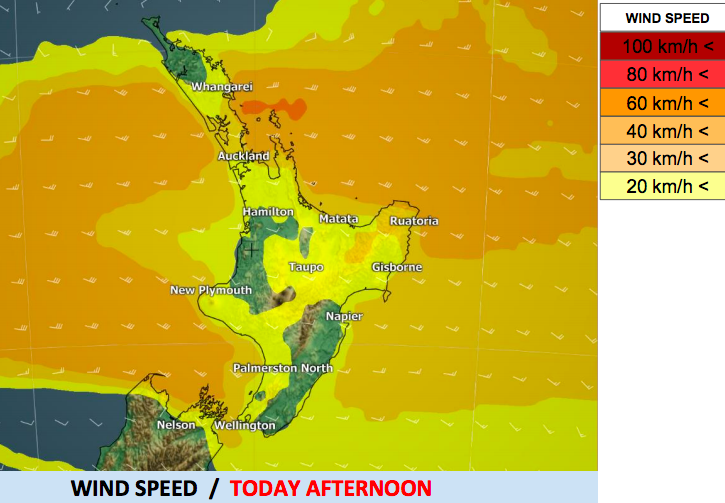 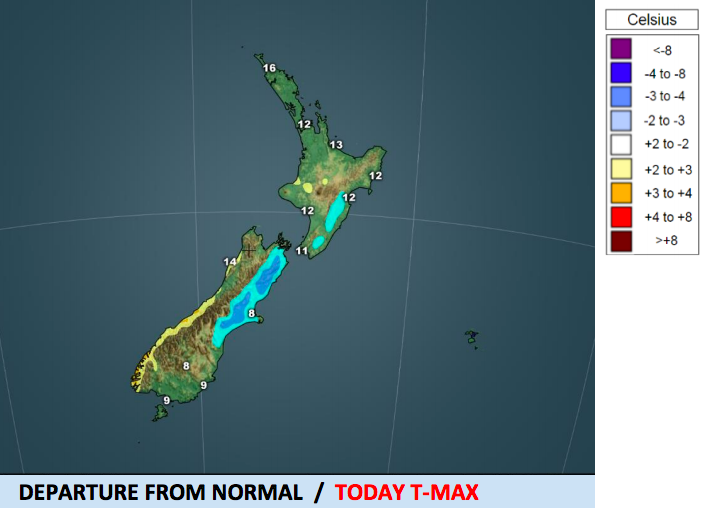 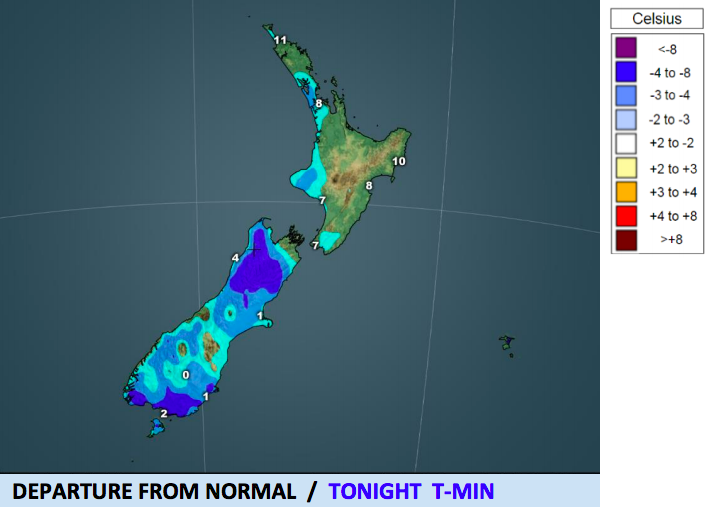