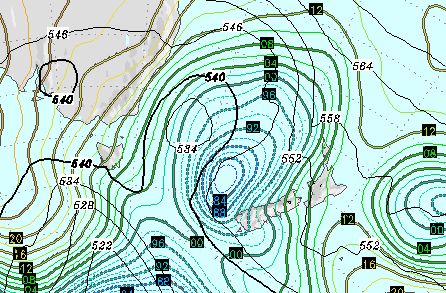 A rapidly deepening low is this evening racing towards New Zealand and many people will notice a dramatic change in their local weather conditions in 12 to 24 hours.

WeatherWatch.co.nz says all of New Zealand will be affected by the low which will bring gales to numerous regions and heavy rain.

Thunderstorms are also a possibility as warm, humid, air from the sub-tropics mixes with a colder, drier, south westerly change.

The centre of the low will track close to, or over, Fiordland but the main rain band will affect all of the country with heaviest falls in northern and western facing regions.

The rain, which has already affected Southland and the entire West Coast today, will spread into the North Island on Sunday morning – then head east throughout Sunday and into Monday.

Winds will be from the warm northerly quarter on Sunday but by Monday they will turn west and strengthen.

Gale force winds are predicted in exposed parts of many regions throughout Monday and Tuesday.

Isolated thunderstorms are predicted on Sunday in the north and west of New Zealand with another burst moving in overnight Monday/Tuesday morning.

WeatherWatch.co.nz says the weather is typical spring weather and the unsettled pattern may last until next weekend.

Weather analyst Richard Green says as we head towards the Spring Equinox in just under two weeks time we can expect an increase in windy weather until at least November.

– Homepage image / The wind map as of midnight tonight / GFS

Could you give me a idea of what the weather will be like next Saturday 17th Sept as we are moving and hoping this unsettled weather will be gone by the.  Fingers crossed. Thanks

It will probably be raining, but on the other hand, could be fine.

I am a professional forecaster from the weather office.

Thanks for the ‘professional’ indepth forecast

not really that useful tho