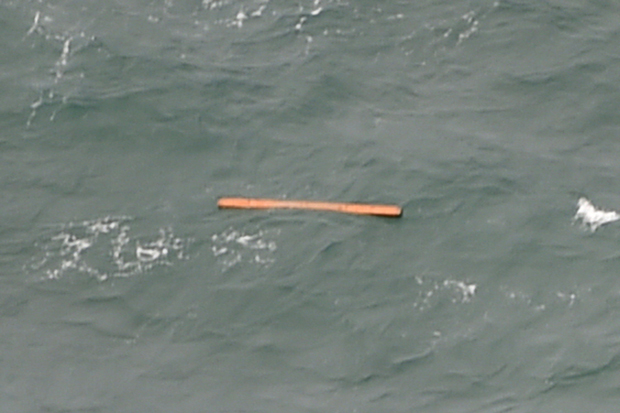 After three days of intense searching, Indonesian officials say they think they’ve found debris from AirAsia Flight QZ8501 in the waters off the island of Borneo.

Objects spotted in the sea are “95% likely” to be from the plane that went missing Sunday with 162 people on board, said Bambang Sulistyo, the head of Indonesia’s search and rescue agency, said Tuesday.

A search team on a plane spotted the shadow of an object that looked like a plane in the water. Further searching discovered floating objects believed to be the bodies of passengers, and then what appeared to be an emergency exit of the plane, Sulistyo told a news conference.

The announcement came as a heart-breaking blow to relatives of passengers who had been waiting for news at the airport in the Indonesian city of Surabaya, where Flight 8501 began its journey.

The plane was carrying 155 passengers and 7 crew members. The overwhelming majority of those on board were Indonesians. There were also citizens of Britain, France, Malaysia, Singapore and South Korea.

There were scenes of anguish as families watched the news conference live and saw video of a helicopter lowering a diver down to what appeared to be a floating body.

Some people fainted and stretchers were taken into the room.

Family members burst into tears, dabbing their eyes as officials passed out tissues. Some sat with their eyes full of tears, hands covering their mouths, or heads buried in their hands. Others had phones jammed against their ears.