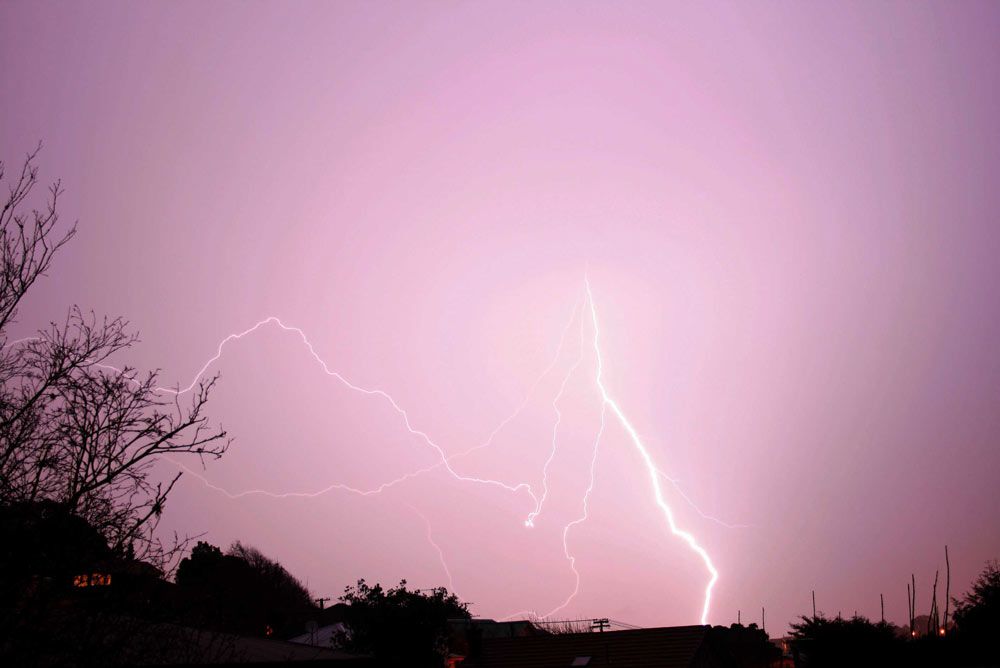 Auckland and Northland were hit by more than a thousand bolts of lightning last night and forecasters are predicting the bad weather will be around for some days.

Deafening claps of thunder shook buildings in central Auckland, where the cavernous nature of some of the streets bordered by towering buildings seemed to amplify the intensity of the noise.

He said that in such conditions, people should switch off non-essential electronic appliances, such as computers, until the storms have passed.

The stormy conditions are being caused by a low just north of NZ.

The bad weather is expected to intensify until tomorrow, bringing strong winds, especially in the southern half of the North Island around the Tararua Ranges.

The east of the North Island can expect heavy rain for the start of the week, although temperatures should rise at the same time.

Mr Duncan said there could be some snow on Mt Ruapehu today and possibly tomorrow.

“[But] it should get milder in the north and colder in the south and even out later in the week. We are in for an unsettled month.”

A ridge of high pressure over the South Island means the cold weather is unlikely to move out until Wednesday.

Mr Duncan said severe weather was expected next weekend with the country “sandwiched between two lows”, and rain and scattered thunderstorms likely.

Was driving home on the North Shore around 10.30pm last night when there was a huge purple flash, and the set of traffic lights I was approaching went nuts, suddenly flashing amber in all directions. I was quite nervous driving along the top of the highest hill in the immediate area!