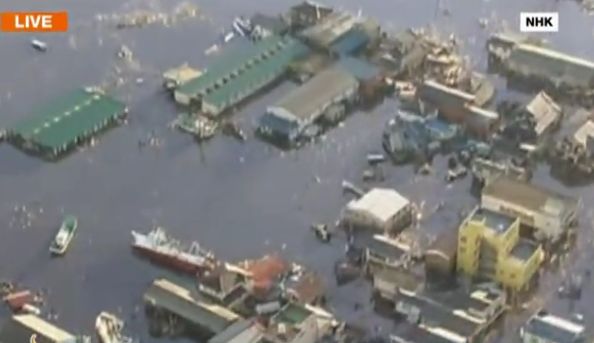 The official toll of the dead and missing following a devastating earthquake and tsunami that flattened Japan’s northeast coast has topped 10,000, with 3373 confirmed dead, police said.

The total number of people unaccounted for in the wake of Friday’s twin disasters stood at 6746, the national police agency said in its latest update – more than double the estimate it offered earlier in the day.

On Sunday, the police chief of Miyagi, one of the hardest-hit prefectures, said the number of deaths was expected to exceed 10,000 in his region alone.

Amid a mass rescue effort there were grim updates indicating severe loss of life along the battered east coast of Honshu island, where the monster waves destroyed or damaged more than 55,380 homes and other buildings.

More than 3000 houses were flooded by the tsunami, while some 130 houses had been burned, police said, adding that there were 68 landslides.

Associated Press reporter Joji Sakurai told Newstalk ZB’s Mike Hosking this morning that the radiation levels have been fluctuating and though they dropped last night, authorities have warned they could rise again.

He says officials are having trouble spraying the reactors with water and are considering dousing the number four reactor from the sky.