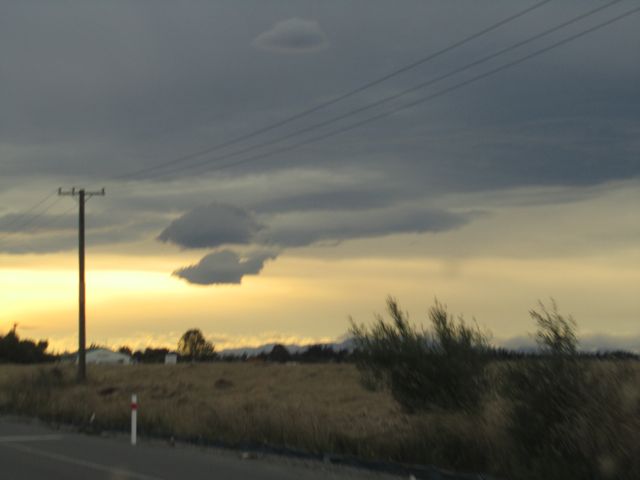 Temperatures are relatively cool over most of the country and not surprisingly the Far North is the mildest region.

Dargaville is recording 12 degrees with Gisborne and Taupo the only other 2 centres registering double figures this morning.

Most of the country is in for a dry day and Saturday sport should be going ahead according to schedule apart from a few soggy grounds which may cause disruption from some rain earlier in the week in a few cases.
A few showers are possible in the far north today and any remaining showers in the east of the North Island should dry up.
The only other possible damp scenario is for some showery activity moving into the southwestern corner of the Mainland later today.

Tomorrow appears to be a similar situation with much of the country remaining dry but yet again some showers may dot the far north and the West Coast of the South Island could be unlucky to see some light rain.

Temperatures overall are expected to be near average for early July for much of the weekend with only those sheltered away from any breezes and in the sunshine could see the thermometer rise a little higher than normal.

Overnight and cool to cold conditions are likely with some frosty conditions  in those areas under clear skies and with very little wind.

Unfortunate about the ‘competition’ that seems to be taking place between CHCH and Auckland. Shouldnt be the case at all. Speaking as a CHCH resident I can sympathise as it is the ‘unknown’ to many Auckland residents. Im sure down here if we were not experienced with these it could of made us somewhat nervous.

One thing I would like to comment on is the Herald has reported that is was Mercalli 5 on a scale of 12 for the 2.9magnitude last night. This is incorrect. Take a look here: http://quake.crowe.co.nz/MercalliScale/?S=2

Our 3.2 here yesterday was only Mercalli 3. Mercalli 5 is associated more with magnitude 4 to magnitude 5 earthquakes. Yes Mercalli is the ‘feels like shaking’ and it can have a little variation depending on factors such as depth, location etc etc. However, this one was 10km east of Auckland CBD so location to the city centre is much the same and as is the shallow nature.

Anyways it seems from doing some browsing that magnitudes less than 3 happen several times a year in Auckland region so nothing too out of the ordinary. Maybe something to rest easier on.