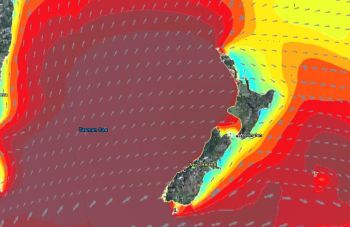 WeatherWatch.co.nz is advising people to take extreme care near the sea over the next 10 days as a large Southern Ocean storm churns by well south of the country bringing very large swells.

The swells, predicted by WeatherMap.co.nz, show swells over up to 6 metres later Wednesday and during Thursday.

But over the weekend the true extent of the strong west to south west belt of gales will become apparent with swells over 8 metres pushing along the entire west coast of New Zealand.

WeatherWatch.co.nz says it’s rare for such big swells to last for such a long amount of time and over such a widespread area.

The risk area runs from Southland, up the entire western coastline and the Far North.  It could make conditions extremely hazardous at the entrance to Manukau Harbour. 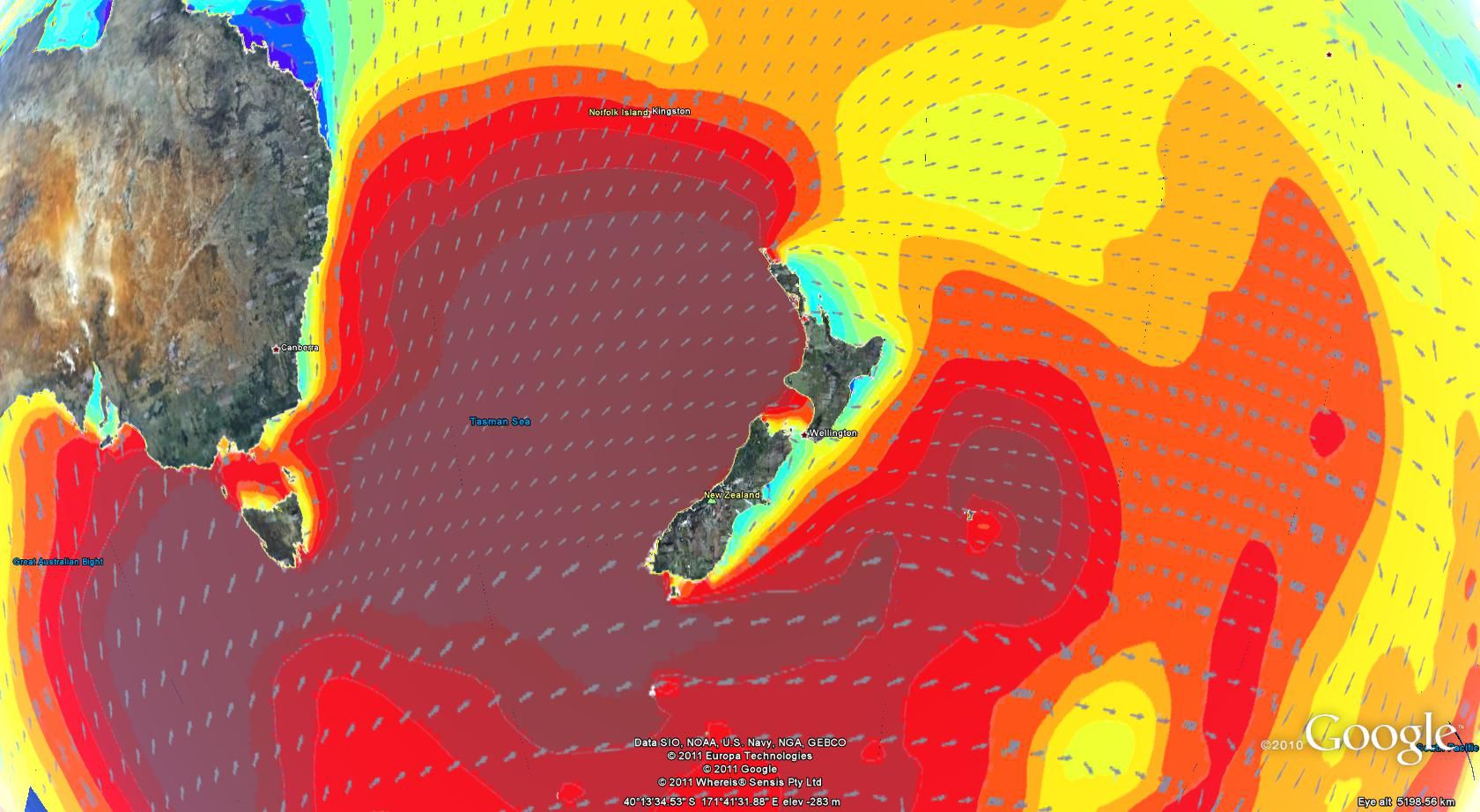 Swell map for New Zealand this Sunday at noon – the large purple area indicates swells over 8 metres.  For further maps click the image above / WeatherMap.co.nz

Key of wave height (In metres)

The manukau harbour was very high this afternoon, some minor flooding of low lying areas