Damp Sunday and week ahead 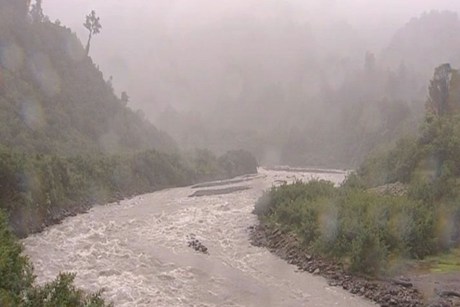 This morning is a soggy looking picture for much of the country and the rain is moving in as promised thanks to the large low that’s moved in.

Some heavy rain is scheduled for eastern and northern parts of the country today and east to northeast winds will be bringing it in.

Rainfall amounts could see surface flooding result and in one or two instances it could be a little more than that if the rain doesn’t move on.

Nelson is vulnerable this morning but also notheastern areas of the South Island as well as the Bay of Plenty with winds picking up.

Auckland will see a band of rain but easing conditions later but Christchurch could see rain with isolated heavy falls with chilly nor’ east winds.

Latest data overnight suggests wintry conditions are likely to see in later this week as south to sou’ east winds look to establish themselves over Canterbury through to the lower North island will snow levels falling quite quickly.

Temperatures at the moment may only just get above five degrees in Christchurch on Thursday and Friday and the accompanying icy winds will make it feel near freezing.We’ll have more details on this episode coming up over the next day or two.

The week overall is looking to be one of the wettest of the year for the nation as a whole and all of this coming up as we draw closer to the shortest day next weekend.

Hi. How low are you looking at the snow falling to down the east coast and Wellington?

Drizzly to light rain in Whangarei now turning to more heavier stuff but not as yet too bad. Fairly calm and mild at about 15 deg but feels cooler. Your forecast for today is bang on so far.

Watching that low on the loop, it looks angry as it seems to intensify as it moves closer.

Don’t ya love it!